Levelling up to lead in hospitality 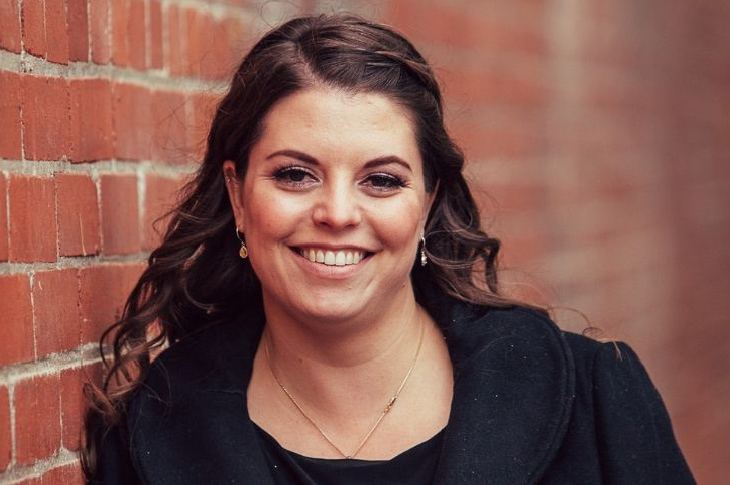 As things begin to ramp up again for the hospitality sector, so do the employment opportunities. That’s why SAIT alumni Leanne Blanchette has returned to her alma mater to complete a Bachelor of Hospitality and Tourism Management degree. Though she already has years of industry experience under her belt, she’s looking to add a competitive edge to her resumé by expanding her skill set at SAIT’s world-renowned School of Hospitality and Tourism.

“When looking for work during the pandemic, I realized I needed to be a little more versatile —  I would often see “minimum requirement: degree” for the positions I wanted,” she says. “I knew I had to shift with the times, so I figured what better time than now to go back to school!”

A history in hospitality

Working in hospitality since she was a teenager, Blanchette fell in love with the level of interactivity that came with each role.

“I landed my very first job selling ice cream at Sikome Lake,” she says. “During high school, I worked at a retirement home in the dining room and loved interacting with the residents there. I really enjoyed moving around and getting to know everyone.”

After high school, Blanchette had a few unsuccessful attempts in post-secondary before realizing a professional credential in a career she was already fond of was an option. That’s where SAIT’s Hospitality Management diploma came in.

“I knew the Hospitality Management diploma was the most logical program for me to take. I figured I would always wind up in this industry, so I may as well get some credentials to round me out.”

While at SAIT, Blanchette gained the skills necessary to join one of Calgary’s top boutique hotels, Hotel Arts.

“I tried to get a job at Hotel Arts prior to attending SAIT, but they let me know their preference is to hire SAIT grads, so that was another driver for me to go to school.”

The timing couldn’t have worked out better for Blanchette. While at Hotel Arts, she also met the love of her life, her wife Maria, who also worked there.

Since then, she’s moved into roles at some of Calgary’s top industry establishments, including The Ranchmen’s Club.

“Since Hotel Arts, I worked my way up to being the head of the food and beverage department for the Sirocco Golf Club and then onto the membership programs manager with the Ranchmen’s Club in downtown Calgary,” she says, “Along the way, I’ve also helped friends open up a few restaurants and mentored colleagues and friends.”

Reunited and it feels so good

Blanchette has been upwardly mobile wherever she’s landed, but the consequences of the pandemic left her and many other hospitality professionals in the lurch. For her, it meant an opportunity to level up.

“Working in hospitality, it’s easy to get caught up in work and stop learning along the way. I want to continue to grow and change with the times, and I think this program will foster that.”

While the uncertainty has prompted many to move into entirely different industries, Blanchette is sticking to what she knows and loves.

“Hospitality is one of the best industries there is,” she says. “Every day is different and you are constantly creating new memories for both yourself and guests. I think that’s a pretty cool part about this industry.

“We are constantly making “five-minute friends” and creating lasting relationships with the people we serve and work with. Who wouldn’t want that?”

When asked what she’s looking forward to most about coming back to SAIT, she says she’s thrilled to reunite with some of her old instructors.

“The great thing about SAIT is how much the instructors care. I have continued to foster relationships with instructors from my diploma program, and they helped influence my decision to come back.”

Where world-class meets real-world. These are the stories of the talented faculty, students and alumni who make SAIT a globally ranked school.

Learn to lead and make an impact wherever your career takes you with our Bachelor of Hospitality and Tourism Management degree.