The success of our students is our number one priority. Our instructors are leaders and trailblazers in the hospitality and tourism industry who forged their skills in some of the world's finest hospitality establishments. They showcase a diverse background and wealth of experience, all of which they bring right into the classrooms and live learning labs.

Our students learn from exceptionally talented faculty members who forged their skills in some of the world's finest hospitality establishments. See for yourself! 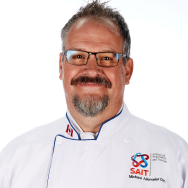 Chef Michael Allemeier has travelled the world and Canada learning his craft. Prior to joining SAIT as a Culinary Instructor, Chef Allemeier ran some of Western Canada's most exciting kitchens. One of his highest-profile meals was cooking for Presidents Clinton and Yeltsin during their Vancouver Summit Meeting. His career has received many awards and accolades, the most notable occurring while he was Executive Winery Chef at Mission Hill Family Estate, where he was awarded the honour of leading one of the "Top Five Winery Restaurants in the World" by Travel and Leisure Magazine. As a proven communicator and charismatic personality, he has had many opportunities to be on television and is also a published author. Chef Allemeier completed his CMC (Certified Master Chef) in June 2017, becoming Canada's third Chef to achieve this designation. 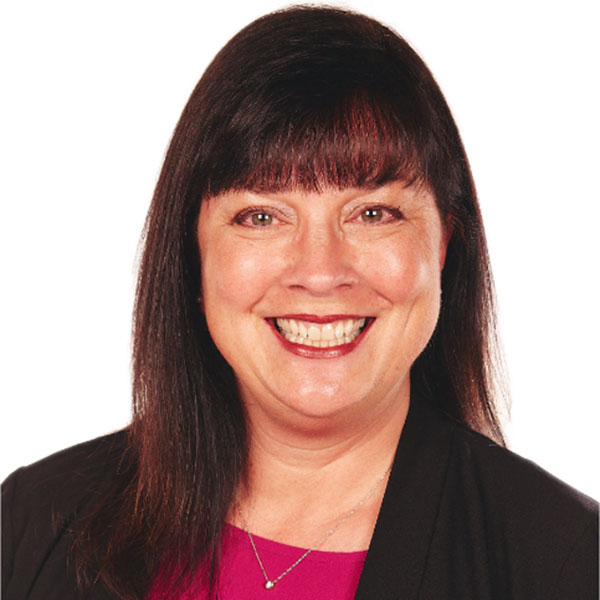 Mona James has spent more than 17 years preparing students for a future in the travel and tourism industry as an instructor and internship coordinator for the School of Hospitality and Tourism. Teaching all levels — from fresh, first-year students to seasoned, bachelor degree pupils — James shares her passion and expertise in areas such as global tourism, hotel front office operations marketing and revenue management, drawing on her robust education, as well as experience working in the industry. 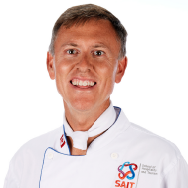 Andrew Hewson has been a chef for 25 years in Vancouver, New York, England, Philadelphia and Calgary. Chef Hewson is the 2010/11 recipient of the Cadmus Foundation Trades Teaching Chair, which provides an instructor the time and resources to pursue a research project that will promote the trades. His project was centred on a term called Culinary Agro Literacy. This is the connection of Culinary Arts/Hospitality training, Agriculture and Foodservice sustainability. Chef Hewson strongly believes that our future foodservice leaders not only need a solid foundation in the skills of their trade, but also in sustainability issues that face the industry. To that end, he has led a project to build a large culinary garden (Jackson Henuset Memorial Culinary Garden) as part of the school. This outdoor classroom and demonstration site gives students the opportunity to plant, grow, harvest and cook their ingredients. 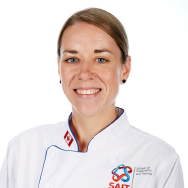 Chef Rosalyn Ediger competed in local, national and international competitions with successes in Singapore and Hong Kong. She completed a stage at Gordon Ramsay at Claridge's in London, was the Chef de Cuisine at the Canadian Embassy in China and became part of the opening team for Four Seasons Hotel Beijing. Back in Canada, she combined the art of diplomacy through food and hospitality in her new position at Global Affairs Canada. This role also allowed her to travel to Davos, Switzerland to cook for the Canada reception hosted by Prime Minister Justin Trudeau at the World Economic Forum. Also, while in Ottawa, Rosalyn held the role of Chef de Cuisine at the Royal Danish Embassy which later took her to Copenhagen for further training. She is the current 2019-2020 Cadmus Trades Teaching Chair. 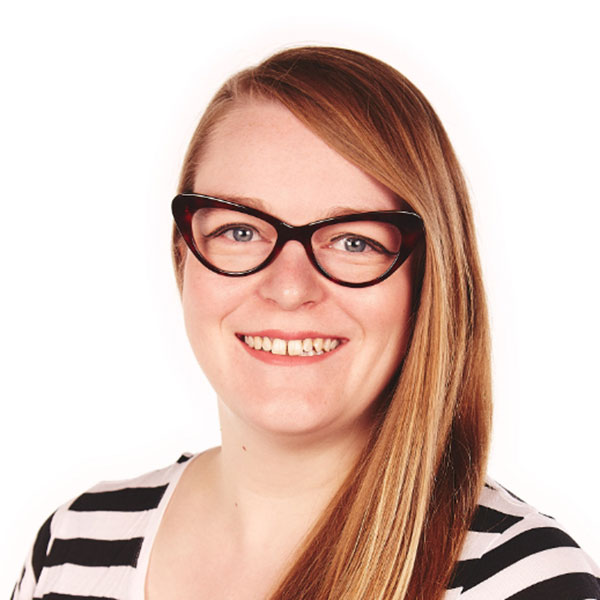 Throughout her career, Madeleine MacDonald has worked to improve the hospitality industry from within. Along with organizing and competing in Speed Rack, an all-female cocktail competition raising funds for breast cancer research, she serves on the board of directors for the non-profit Bartenders Benevolent Fund, which helps hospitality workers with emergency financial needs. In 2017, she helped organize Cocktails and Consent, working with Calgary’s Centre for Sexuality to train industry workers to recognize sexual harassment and violence in the workplace and intervene as a bystander witnessing it. She recently made this training available for students and is working to have it added to the curriculum. A one-time cook and server, MacDonald has worked for a number of Calgary bars and restaurants in both front and back-of-house positions.

Meet the rest of our staff and faculty

Scroll right and left to see all our faculty and staff.

"I have three motorcycles and no garage."

"I've been an instructor for as many years as I've worked in the industry."

"I'm a big believer in setting goals and staying focused to achieve them. Never stop learning!"

"I organize and coach our SAIT Skills Canada team and enjoy every moment of it!"

"I love Batman! Being an avid collector since the mid-'80s, I have over 1,000 comics and hundreds of memorabilia items."

"I'm a 7th generation Canadian, who grew up on land that my ancestors cleared for farming in 1788."

"If I had chosen a different career path, it would have been to be a police officer."

"Rugby has taught me, everyone can contribute to the team's success, you just have to find the right position."

"My love for seafood began at the age of nine when I started working in my family's seafood restaurant."

Dean, School of Hospitality and Tourism

"I grow six kinds of basil each year."

"I make the best stollen!"

"I play a little country music on the guitar and enjoy hiking, skiing and travelling."

"When I was 18, I got my start in the industry working at Tavern on the Green in New York City!"

"I was a water boy for the Seattle Super Sonics in 1978 when they came to Calgary for a pre-season game."

"If I were not a chef, I would probably have been a professional video game player with the alias 'Zeus'."