All wrapped up — the top alumni and donor moments from 2022

Major anniversaries, the return of in-person events, and new and renewed partnerships — 2022 was a year worth celebrating!

Below are the top milestones, alumni achievements, community first and partnerships we celebrated this year. Our list concludes with what we are most excited about in 2023: Major milestones; In the spotlight and on the world stage; New firsts; Partnerships and community; What we're looking forward to.

A YEAR OF MILESTONES

To commemorate the first 100 years of the heart of SAIT — and the city of Calgary — we released an intriguing eight-episode audio series, If These Halls Could Talk. This 2022 Hermes Creative Awards Platinum winner shared memories and stories from SAIT alumni, employees and neighbours.

The Spring 2022 issue of LINK magazine was a special Heritage Hall centennial edition, featuring an in-depth guide to exploring the iconic building, a unique discovery that brought a family legend to light, and an art project to “liven up our walls with colour” revived.

Saitsa, also celebrated its 100th birthday with a series of events, giveaways and activities throughout the year, ending with a Centennial Celebration month in September filled with musical performances for students and community members.

Saitsa leaders spoke with LINK magazine and reflected on a century of hard work, advocacy and accomplishment on behalf of the students at SAIT.

Ten years for the Trades and Technology Complex

After nearly 10 years of planning and construction, the Trades and Technology Complex (TTC) officially opened on Sept. 5, 2012. A decade later, its transformational impact on students and the wider community is still growing. Here is a list of the ten ways the TTC shaped today's SAIT. 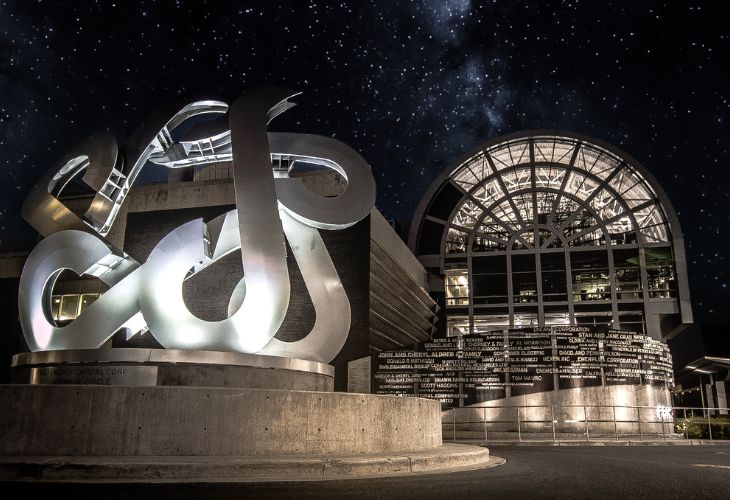 As the Clayton Carroll Automotive Centre celebrates 20 years, its namesake — Clayton Carroll — is honoured through the memories and stories of his widow Norma and SAIT automotive instructor Matt Carpenter.

When asked what Clayton would think of the sense of community his building continues to inspire, Norma says:  “Knowing Clayton, he would want to be there, shaking hands and saying, ‘Thank you for coming to say hello.’” 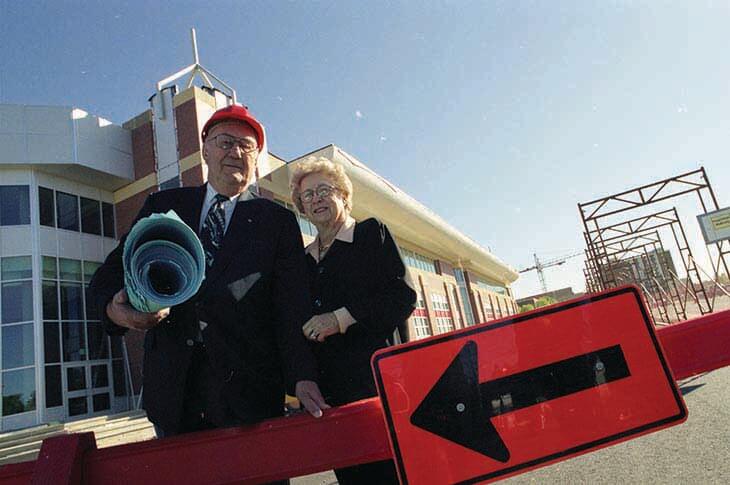 Launching the program in 1972, SAIT introduced Canada’s first publicly funded paramedic program with a class of 20 pioneering students. Prior to this time, pre-hospital care was provided first by private ambulance companies, then by a branch of the Calgary Fire Department. At first, civilians with basic first-aid skills were hired — until a dedicated Calgary nurse, Jan Foster, diagnosed the need for a program offering pre-hospital education in Alberta. The result: SAIT’s Emergency Para-Medical Care program. 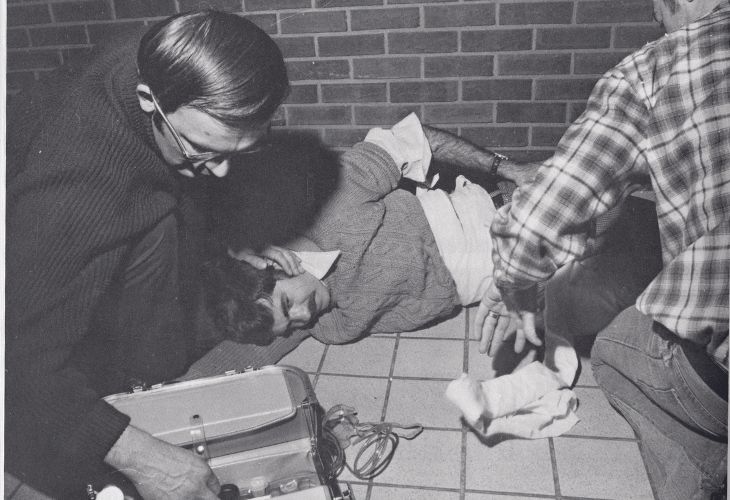 IN THE SPOTLIGHT AND ON THE WORLD STAGE

The Spirit of SAIT

For the first time in nearly three years, members of the Distinguished Alumni Circle returned for their first in-person celebration to honour the 2021 and 2022 Alumni Awards recipients.

View our photo gallery for some of the highlights from the evening.

From burning bacon in her first semester of culinary school to becoming a sous-chef at the Madera, a Michelin-starred restaurant in California. SAIT 2019 Professional Cooking graduate Korae Nottveit has reached a new highlight in her career by winning the gold medal for Cooking at WorldSkills 2022. 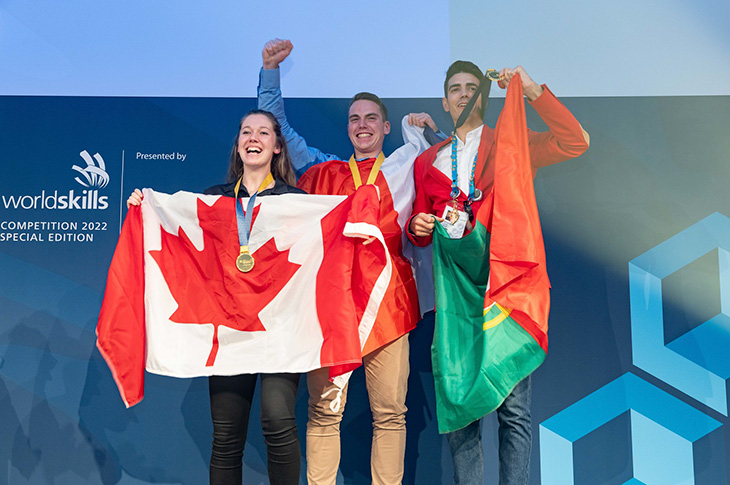 Not one. Not two. But SIX SAIT grads made Avenue Magazine’s Top 40 Under 40 list this year for their resilience, determination and future-focus needed to motivate change in Calgary. 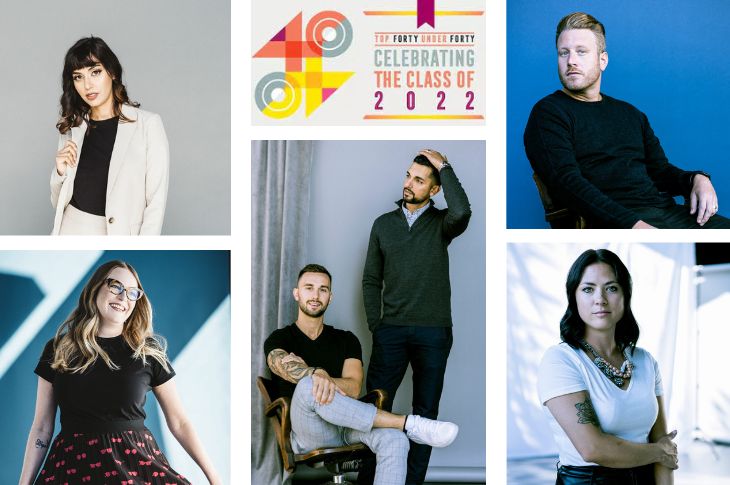 Inspired by a family member, Matt Prazak (FVP ’18) and his team at Tapped Potential — which also includes fellow 2018 Film and Video Production graduate Tyler Whelen, Rino Mioc — wrote and produced a short film that was intended to keep the creative juices flowing during the pandemic turned into their submission to the CBC Gem’s 15th Season of Short Film Face Off.

On Sept. 3, Prazak and team were announced as the winners with their short film Landline and were awarded $30,000 to be put toward a future project. 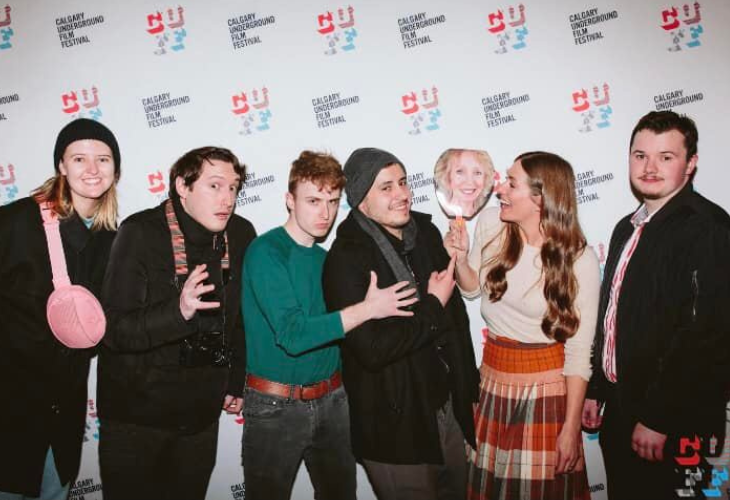 First cohort to graduate from the School of Advanced Digital Technology 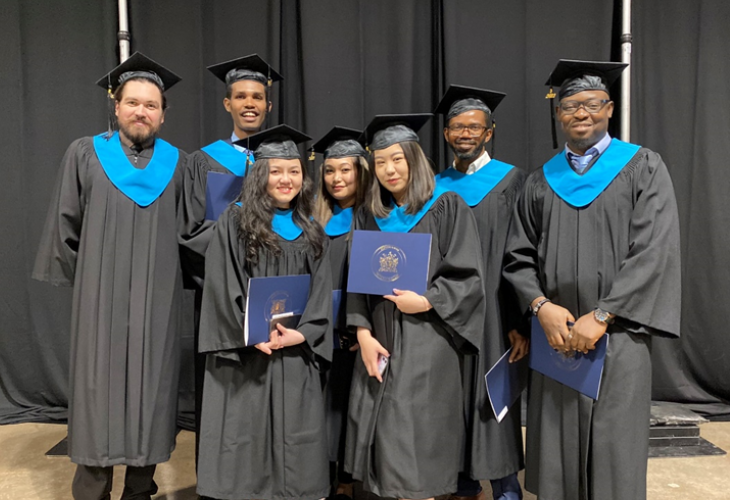 SAIT celebrated 34 international alumni who have gained permanent residency status in the last five years. In attendance for the celebration were Calgary Mayor Jyoti Gondek and Minister of Advanced Education Demetrios Nicolaides. 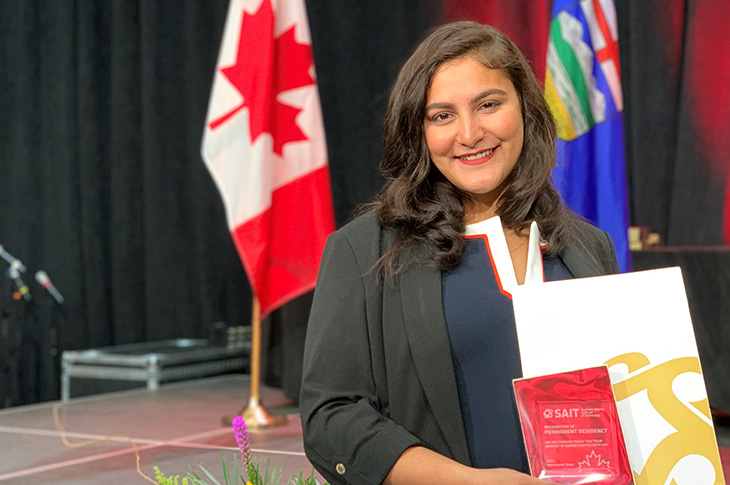 This year, the SAIT community — students, alumni, employees, partners and donors — rallied together on Oct. 19 and 20 for SAIT Giving Day to raise more than $119,000 for various student supports and services across campus. 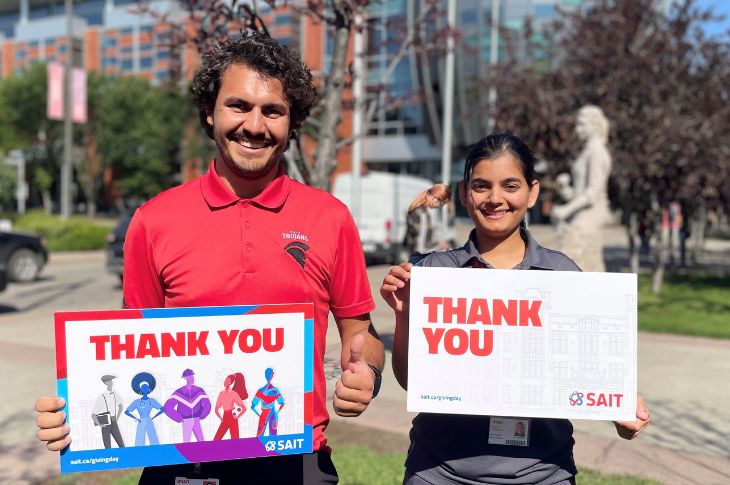 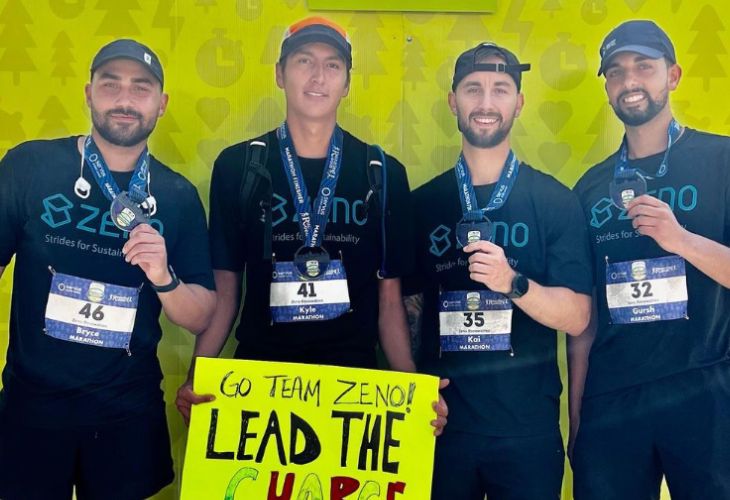 SAIT welcomes youth from Ukraine and Afghanistan to summer camp

In response to the influx of families in Canada seeking refuge from conflict abroad, SAIT Explorers was created to help offer support and connection for newcomers. A total of 80 youth in grades one through 12 were enrolled in a four-week program in July, with SAIT bursaries covering the cost to participate. 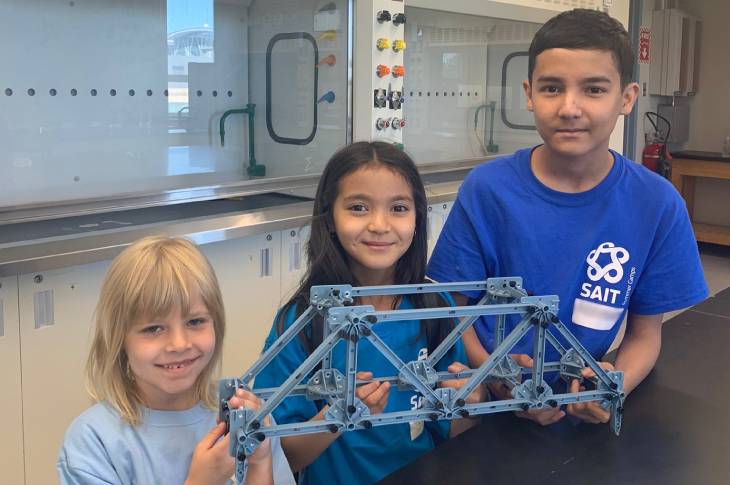 In April, the Government of Alberta announced a $41 million investment towards the redevelopment of SAIT’s John Ware Building. The funding will help take the culinary programming and student experience to the next level, including developing a new Centre of Excellence for SAIT’s culinary program.

WHAT WE'RE LOOKING FORWARD TO

In August 2022, SAIT launched a four-year redevelopment project to replace Campus Centre with a new building. Here’s an insider look at what’s happened so far — and what’s next.

If you like to be in the know, you can track the progress and check for updates on the Campus Centre Redevelopment Project on sait.ca. 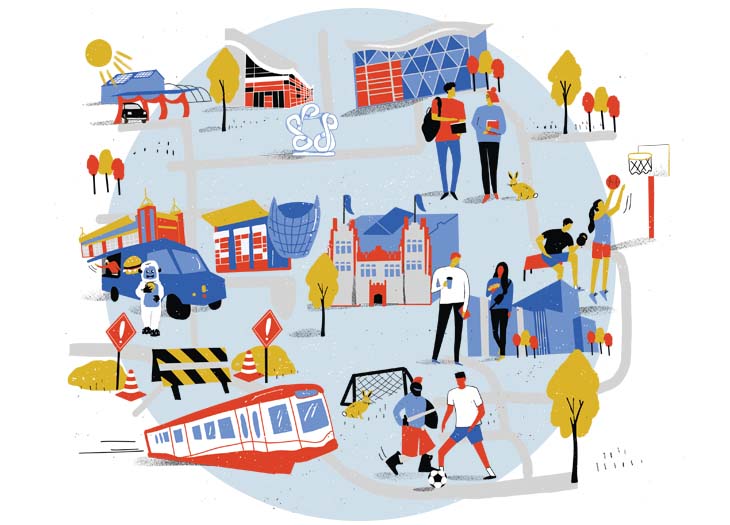 Responding to Alberta’s ongoing trades shortages, Jay Westman (BA ’84), Chair and CEO of Jayman BUILT, is laying a solid foundation to help build the next generation of skilled tradespeople by championing a $15 million investment campaign.

Finally, thank you for making 2022 a year worth celebrating. We hope you enjoyed our look back on 2022 and look forward to seeing you and all that is to come in 2023! 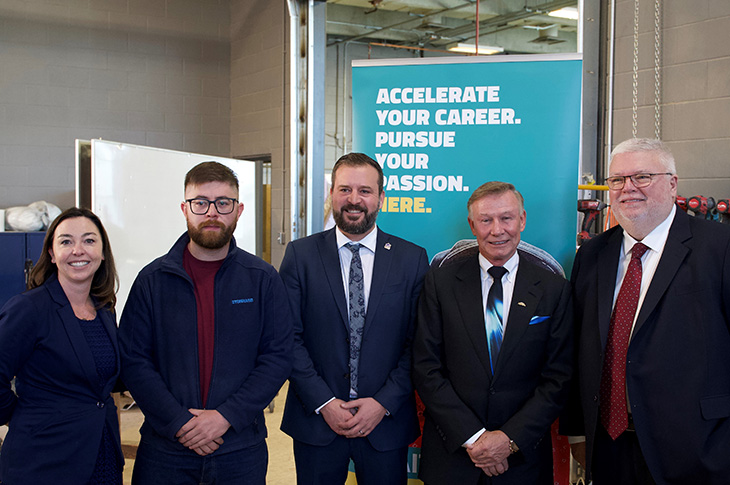