Beyond the booth with Mel Hoyme 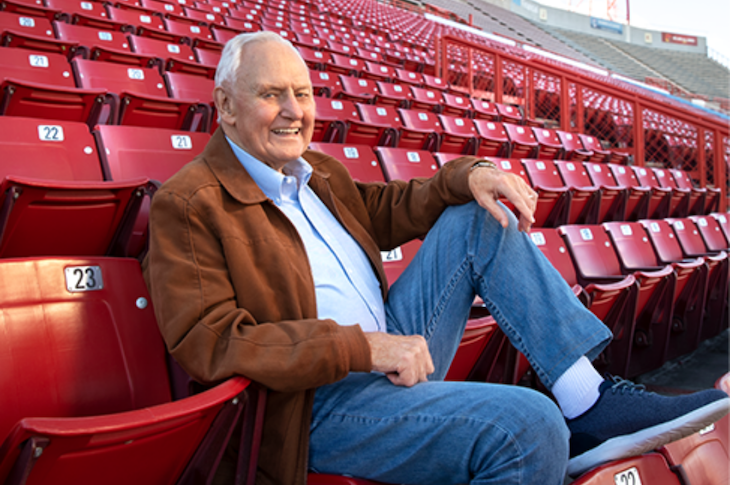 Mel Hoyme graduated from SAIT's Radio Technician Apprentice program in 1962 and went on to have a distinguished career as a pioneer and leader in his industry.

Mel Hoyme began his career in radio and broadcasting in 1957, working as a part-time technician at CKXL’s thousand-watt transmitter while he completed his radio and electronics apprenticeship program at SAIT. Several years later he built one of Calgary’s first 10,000-watt AM transmitter stations and its studios, helping to launch CHQR. Then, nearly three decades after that — and after retiring from QR770 as Vice President of Engineering at the age of 65 — he returned to assist with creating their McMahon Stadium broadcast booth, still used for every Calgary Stampeders home game.

In a career spanning more than six decades, Hoyme witnessed the transition from tube-based transmitter technology to today’s solid-state devices.

Growing up on a farm outside Camrose, AB, Hoyme was fascinated with electronics of all kinds — especially radios. As a boy during the Golden Age of Radio, Mel excitedly tuned in every afternoon to a program for young people on Edmonton’s CJCA.

“Being in Camrose, a good 60, 70 miles from Edmonton, it wasn’t that great of reception on a crystal set radio. But that’s how my interest got started — I liked electronics and the excitement of broadcasting,” Hoyme recalls.

With that fascination, Hoyme left the farm and enrolled in SAIT’s Radio Technician Apprenticeship program in 1955. Although he enjoyed the theory aspect of the program, Hoyme’s favourite part was going to labs.

“We did lab work every day. . . so we had onsite training and a lot of it was putting radios together or taking them apart, or whatever else came up.”

In his second year, Hoyme noticed a job posting for CKXL on a campus bulletin board. Hoyme applied and was offered the job.

“I was 28 at the time. . . it was just a wonderful feeling. It was a thrill because I had never done anything like it before,” he recalls.

Among Hoyme’s proudest achievements was when he built CHQR’s first state-of-the-art 50,000-watt transmitter in October 1975.

Hoyme never stopped learning, either. He attended supplemental courses at SAIT after graduating and read every book or publication he could on the changing technology. He also continued to learn by doing.

“It seemed like every 10 years I built brand new studios, and I was lucky because you can always see any mistakes you made and improve next time.” 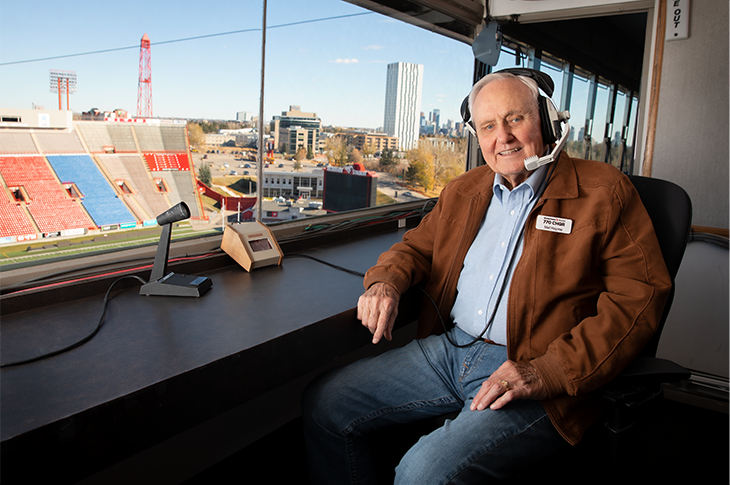 A football fan since childhood, Hoyme was more than happy when he was invited to help set up the technical requirements for QR770’s Stamps home game broadcasts.

Among his favourite football memories were the four Grey Cup games hosted at McMahon, the people he worked with and the broadcast room he helped build.

“The nice part about that was, I was always lucky to get in our broadcast room, which had heat!” he explains.

In 2020, Hoyme officially retired after a distinguished career as a pioneer and leader in his industry. Today he and his wife Donna are enjoying their retirement together, with Hoyme continuing to spend time doing something he loves — fixing antique radios and clocks. 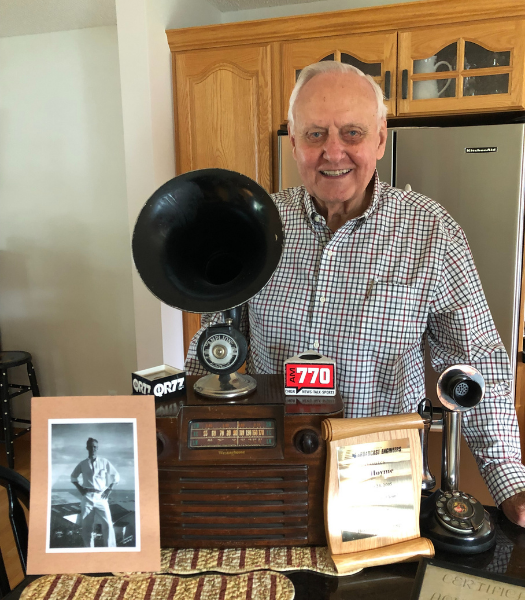 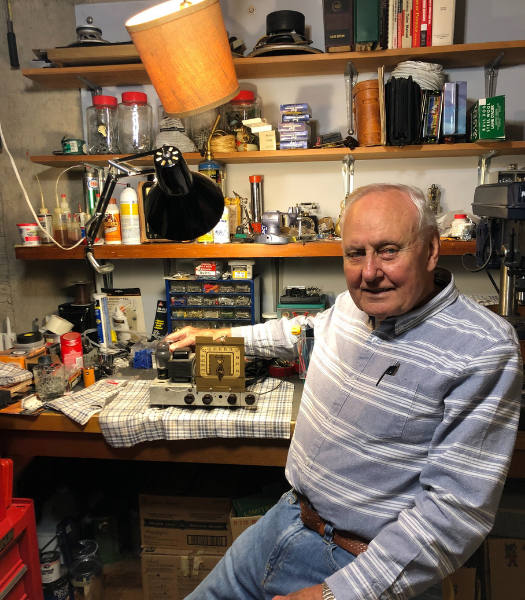