The best of us working on "The Last of Us"

Far beyond the glamour of the big screen, an impressive array of careers exists in the film and TV industry.  Without the different team members and the unique skillset they each bring to production —including directors, cinematographers, video editors, sound engineers, accountants, set carpenters and costume designers — there would be no movie.

HBO’s highly anticipated adaptation of The Last of Us — a post-apocalyptic drama television series based on the video game — had its share of SAIT graduates working on the TV series over its year-long production.  Among the credits are three SAIT grads who worked long hours alongside their fellow crew members — and SAIT alumni — to make movie magic happen.

Stepping on set as a stand-in 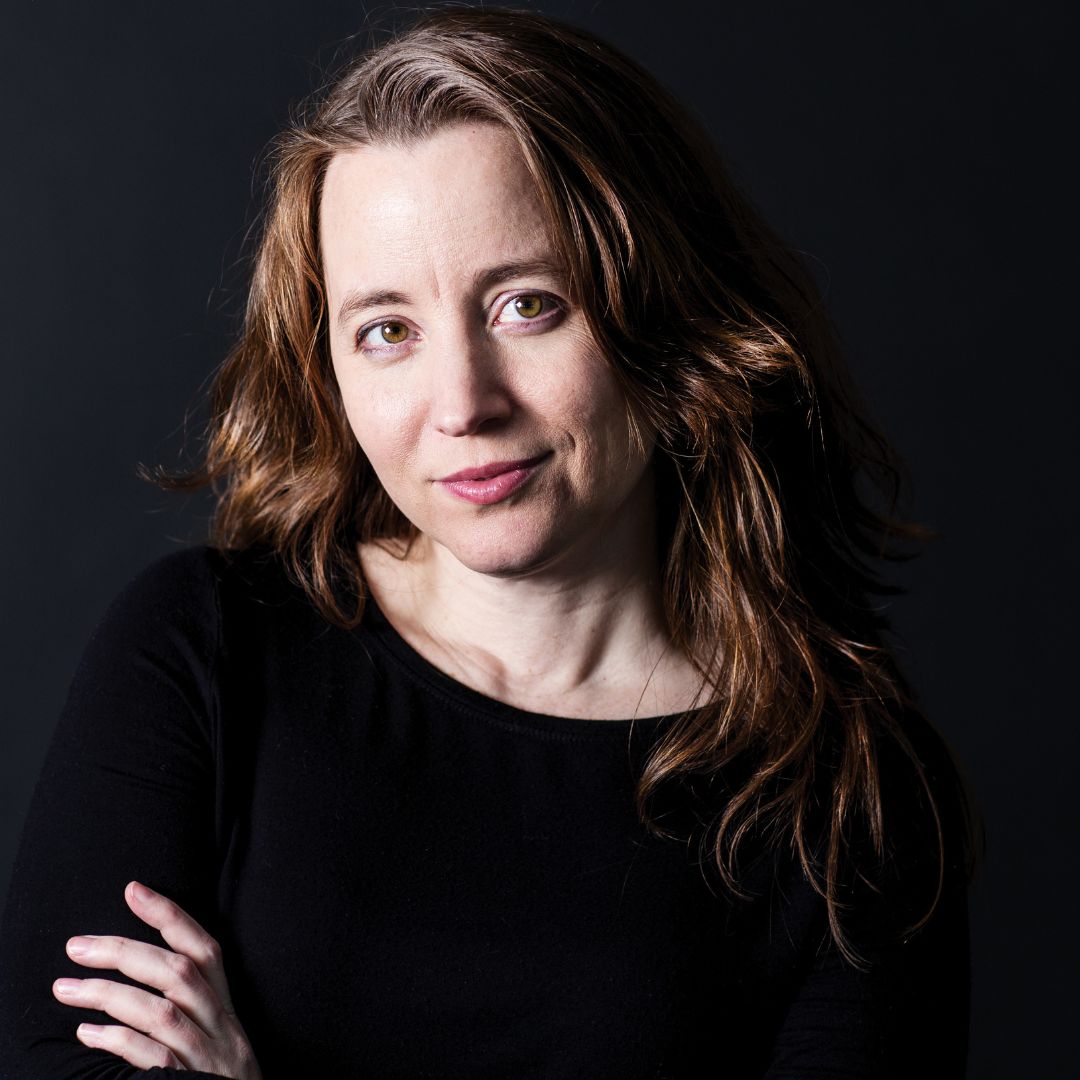 “When I was four years old, I can recall telling my mom that I wanted to be on TV. I didn’t want to be famous, I just wanted to have a small role that had an impact on the storyline somehow,” shares Christina Riches (Business Administration diploma '98, stand-in for actress Bella Ramsey). “But as I grew up, I found that I started to go back and forth between an actor and something else.”

That “something else” was information design. Riches explains, “I used to think you have to choose between one or the other. But I’ve come to the realization that both are a part of me. They’re both creative positions, just with different outputs.”

Riches landed her first role in 2000 for the film Rat Race as a Lucille Ball impersonator. “It was the very first thing I auditioned for, and I got it. Because of that experience, I developed the idea that acting was super easy. In time, I had the harsh realization I was actually super lucky to get my first gig that quickly.”

Despite being the stand-in for Bella Ramsey, the two didn’t interact or overlap as much as one would think. Rather, Riches’ role in the production was key in helping to maintain continuity. When Ramsey left the set, Riches would step in and rehearse the scene as close to what Ramsey had just done — in turn, helping the film crew set up the technical aspect like lighting, camera lenses, mics and more.

“It was often that she [Bella Ramsey] was on set, or I was on set. One of us was always working. There would be moments in between when I would let her know about a safety concern with the current shot we were working on. Otherwise, I would move offset to watch the monitors until I was needed again.” For Val Siu (Film & Video Production '10, Business Administration '08, Utility Sound Technician), her initial approach to film and video was as a hobby. Running a radio program on CJSW (which she still runs today) and a hobbyist photographer, Siu was keen on expanding her creative interests to film.

“It’s something that I have always enjoyed, but didn’t see it as a career in my life at the time,” shares Siu. “As I was completing my Business Administration at SAIT, I thought to myself that if I couldn’t make it into the program, I still had my business degree to fall back on and could continue the community radio program.”

No spoiler here, but Siu was accepted into the Film and Video Production program at SAIT and would soon discover her true passion in film.

“It was through my whole SAIT experience that I discovered sound was the department for me,” shares Siu. “What I like about working in sound is that there is a nice marriage between being a technical and creative job.”

During the production, Siu’s role was Utility Sound also known as a Sound Assistant.

“It’s the third person in the sound department besides the mixer and the boom operator,” says Siu. “The mixer controls the levels of the sound that we harvest to get the right mix, while the boom operator handles the big microphone. Everything else in the department kind of falls into my realm — I would help with unloading and setting up sound equipment, mic up the actors, and take care of communications on set so everyone can hear what’s going on. I also often helped to ensure the time on the video camera and audio recorders were the same so sound and video could be synced up nicely during post-production.”

The art of continuity 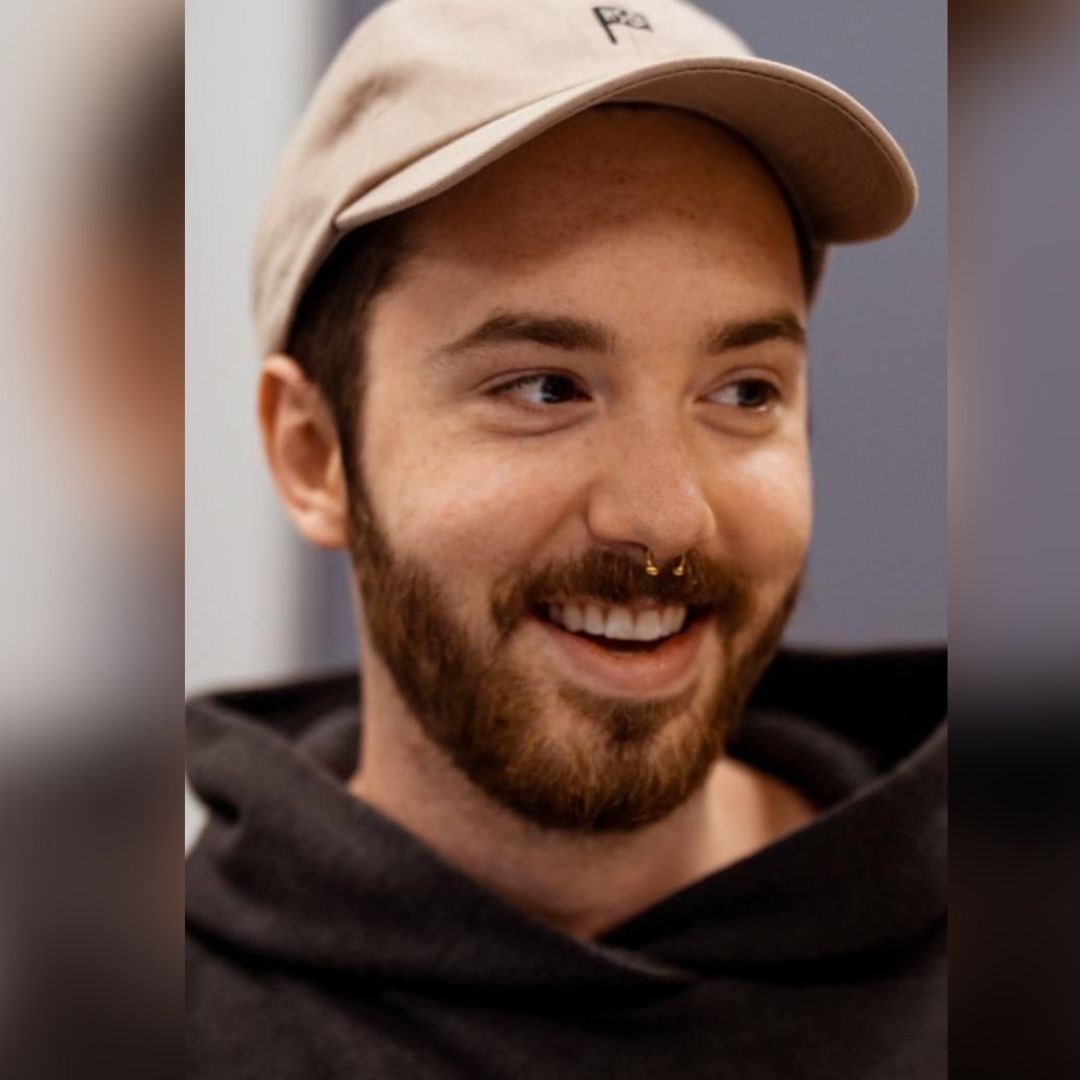 Involved in every step of the film process — pre-production through to post-production — the script supervisor is an integral member of a successful film crew. With the production scale of The Last of Us, 2019 Film and Video Production graduate Ben Saracini was recruited to be an assistant script supervisor.

“We took notes about all the technical information that we’re shooting: the lens size used in each shot; how long the take was; which take the director liked, and so on,” says Saracini. “Then we leave notes about details that the editors might want to look out for in post-production to manage continuity.”

“Say we do six takes of a scene, and on take three, the actor used the opposite hand that they had used to pick up something in a previous take. My job is to make a note to the editors so they can cut around that in editing,” explains Saracini.

In Saracini’s role, he is required to have a critical eye; he pays close attention to the actors, dialogue, props, time, eyeline, wardrobe, and action scenes to ensure they match the script. If a detail is out of order, they will work to correct it as it occurs. However, despite all the notes and attention to detail, continuity can be sacrificed in the editing room.

“Editors will always pick the best performance over what takes had the best continuity,” shares Saracini. “I just remind myself that when I see a continuity error in a show, it’s likely not because of an oversight of the script supervisor but rather a call for a better performance.”

Whether to make it to the next role or the workday, making connections and building relationships with others in the film and tv industry is a must.

“Normally, what happens is the casting director will put a call out to agents looking for a stand-in with a certain height, weight, skin tone and hair colour. I didn’t fit the height requirements, so I didn’t bother submitting my application,” explains Riches. “But I know the casting director [for The Last of Us]. I’ve built a relationship with her for over 20 years. She contacted me specifically because everything else was a fit.”

“It’s a close community,” says Siu. “You certainly get to know people after spending 60 to 80 hours a week with them. You see these people more than you see your family.”

Saracini echoes Siu: “The best memories come from the camaraderie with the crew. After working a long, stressful day, it’s often fun to go out with everyone afterwards to unpack the day. That’s the stuff that helps build relationships and makes if feel like your family.”

These three SAIT grads are just a sampling of the hundreds working in Alberta’s growing film production industry.  We’re proud to share that our grads and these growing roles have attracted investment from media. In early 2022, Warner Bros. Discovery (formerly WarnerMedia) made a gift to SAIT to establish the WarnerMedia Equity Award. Students enrolled in the Film & Video Production program who demonstrate financial need, exhibits academic achievement and a positive attitude are considered for one of eight $2000 awards offered annually. There is a preference for a student who identifies as a member of a racialized group (Black, Indigenous, or a Person of Colour).

When and where to watch

The Last of Us premiers on Sunday, Jan. 15 at 9 pm ET/ 7 pm MT on HBO online on Crave. The first episode is expected to be approximately 80 minutes long, so be sure to stock up on your favourite snacks and prepare for a movie-length event.