The No. 2 Wireless School at Heritage Hall: Heroes in training 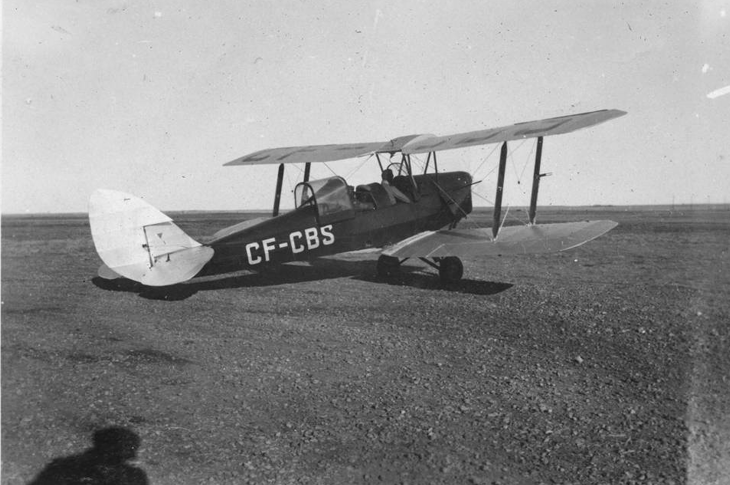 When Britain entered into the conflict of World War 2, Canada was required to rapidly galvanize to supply the trained aircrews needed for the Allied Air Forces.

The Commonwealth Air Training Plan was organized making Canada the principle training centre for Commonwealth countries.  On June 30, 1940, the Federal Government announced it would take over the PITA buildings and grounds to be converted into the Number 2 Wireless Training School for the Royal Canadian Air Force.

Within weeks, hundreds of Canadian men began their 8-week training courses in wireless radio operations. Over the course of the war, the British Commonwealth Air Training Plan would train more than 9,000 Australians and 7,000 New Zealand students in Canada during World War Two, with a large majority of Wireless Air Gunnery training taking place in Calgary at Number 2 Wireless School.

Listen to what it was like in Heritage Hall, and Calgary, during the war?

(1:11) RON TARRANT: If there was one universal sound, something that symbolized the importance of survival, the moment the skies went black each night, it was only a matter of minutes until this eerie reminder was projected across the great cities of the world.

Thankfully, here in Canada, the reverberations we were adapting to were the sink decker of boots on the ground, the swish of shuffling army fatigues and the sound of pilots training above.

During World War II, the British Commonwealth Training Plan took over the Provincial Institute of Technology and Art to train wireless airgunners, including men from Australia, New Zealand and Great Britain. And seeing soldiers on campus may have not been the startling site one might think. After all, SAIT, had already housed and trained soldiers returning from World War I. It's all part of our history. Knowing within these walls, heroes were trained to a part of setting the world's future!

(2:17) PRESENT DAY- WWII MILITARY VETERAN: World War II began in September 1939 when Hitler invaded Poland bringing France, Britain, and her Commonwealth nations into the conflict. Once Britain entered the war, decisive action was required and Canada rapidly galvanized resources. On June 30th, 1940, the federal government announced that it would take over the institute’s buildings and grounds to be converted into the No. 2 Wireless Training School for the Royal Canadian Air Force.

(2:54) 1940’S – FEMALE PITA STUDENT: Can you imagine from our perspective? The students that were taking classes in the main buildings at the Institute, all the men's programs, they were unceremoniously dumped from the castle on the hill to under the grandstand of the Calgary exhibition grounds, in under a week.

It was cramped and walls made of quarter-inch plywood were put up to divide the classrooms. The welders, the machine shops, the builders. At times it was so loud in there from the shop noises that lectures were impossible to hear. And cold. The boys did complain about their new space and a fair number of them and instructors too, took their technical know-how and went straight into the military to join the fight.

(3:35) PRESENT DAY- WWII MILITARY VETERAN: Construction began immediately on the Institute grounds building, what would become a total of 26 wooden barracks and service buildings, including a hospital to serve the wartime air force needs. The permanent Institute main building now known as Heritage Hall was used as the main wireless training classrooms.

(3:59) 1940’S - #2 WIRELESS SCHOOL TRAINEE: You want to know what we were training for before I talk about what went on in those training buildings, I should probably tell you what the job was, what our purpose was.

Picture this you're in a Lancaster bomber that's crippled gliding towards the choppy waters of the English Channel. Inside the plane you have crew members bracing themselves preparing against the shock of contact all but one man, that man is bent over his wireless key, tapping out the last of a series of numbers that will bring a rescue plane or a crash boat, speeding to the crew's dingy. For one wind screaming moment, the lives of eight men rest with that key. And in that moment, the wireless operator calls upon the months of training that is necessary to enable him to send a detailed S.O.S. coolly, quickly and accurately. That training, that's what we were doing in the halls of No. 2 Wireless School in Calgary, Alberta.

(4:55) PRESENT DAY- WWII MILITARY VETERAN: The first 177 wireless operator trainees arrived at No. 2 Wireless School on September the 16th, 1940. The majority of these Canadians completed training in the UK and were absorbed into the RAF bomber squadrons, but it wasn't all Canadians taking these courses. In total, the British Commonwealth Air Training Plan would train 9,607 Australians and 7,002 New Zealand students in Canada during World War II with a large majority of wireless air gunnery training, taking place at No. 2 Wireless School.

(5:42) 1940’S - #2 WIRELESS SCHOOL TRAINEE: Training, training, training, like I explained, it's memory and training that will save our crews when the going gets rough. What most people don't understand is that learning Morse code is like learning how to play music. It just can't be crammed overnight. Most of us trainees are able to do about six words a minute when we got here. By the time we leave, we have to be able to do 20 words a minute or better. In our classrooms at the No. 2, we’d train for hours in rooms that were equipped with rows of benches and tables. On each table, you'd have your Morse key and you'd wear your earphones. Row after a row of us just listening and deciphering the pattern streaming into our ears. Each classroom could have up to seven different speeds of Morse from the control room. That way instructors can give instruction to seven different sections of pupils all in the same class at the same time.

Once you get up to 15 words per minute, you’d graduate to a classroom with stations set up in it. There's a poster in the hall, it says it all, “Live and learn is the old adage…Learn and live, that's the new adage.”

In another part of the building, there's a radio lab where we get to know our equipment inside and out so we can patch it up on the fly. For early trainees, that was it. That's all the training those first airmen had before they were shipped out to England to finish training with the RAF. For those of us later in the war, our last couple of weeks is spent at Shepherd Airport, receiving instructions and planes fitted with wireless equipment. We called them flying classrooms.

(7:14) 1940’S – FEMALE PITA STUDENT: It wasn't all gloom and doom and no fun actually. Did you, you know that when the airmen paraded in front of their commanding officer, they were led by a tiny little horse named Midge. No word of a lie, I heard a trainee from Nova Scotia win a Shetland pony in a raffle. Well, he couldn't afford to send the pony home, so he somehow talked the Air Force into keeping it at the No. 2 Wireless School as a mascot. And that little Midge led every graduation parade after.

And sure, in Calgary, there was rationing. We started with ‘Meatless Tuesdays’ and when things got tight included ‘Meatless Fridays’ at all restaurants, but still, we did have some fun in the spring of ’42, the No. 2 Wireless School was given the honour of leading the world-famous Calgary Stampede Parade and there were dances and parties at the Palliser Hotel. The trainees used to call it the ‘Paralyzer Hotel’.

At the 22nd annual Institute banquet, every girl student was paired with an RCAF Airmen and 10 of the Institute's 15-member orchestra were women. Oh, and Calgary was still Calgary. One or two attempts were made to implement total blackouts. But it was just too hard to convince anyone that the Japanese or German bombers were near at hand, so that didn't work out so well. And the streetlights were just dimed to save power instead.

(8:31)1940’S - #2 WIRELESS SCHOOL TRAINEE: Royal Air Force aircrew suffered a casualty rate of 46 per cent during World War II. Out of 125,000 Air Crew Members, over 55,000 would be killed on active operations. And three-quarters of these young men have no known grave. When you look at a World War II class photo from No. 2 Wireless School, know that half of these entry-class young men never returned home.

(8:59) 1940’S – FEMALE PITA STUDENT: The Provincial Institute of Technology and Art, which would become known as SAIT, was able to return to its north hill campus in the fall of 1946. It resumed normal class instruction after six years in the cramped space, under the grandstand at the exhibition grounds. Many new instructors were hired to teach the increasing enrolment, including ex-servicemen — some who didn't even have time to buy a new suit or civilian clothes before being pressed into teaching duties.

(9:24) PRESENT DAY- WWII MILITARY VETERAN: At the end of World War II, the Veteran Department of Veterans Affairs, awarded educational training credits to returning veterans. These which provided one-month training for each month of military service could be used by the veterans to continue their educational programs that had been interrupted by wartime service. The classes at the Institute were soon swelled by these student veterans and a new chapter began in Heritage Hall. 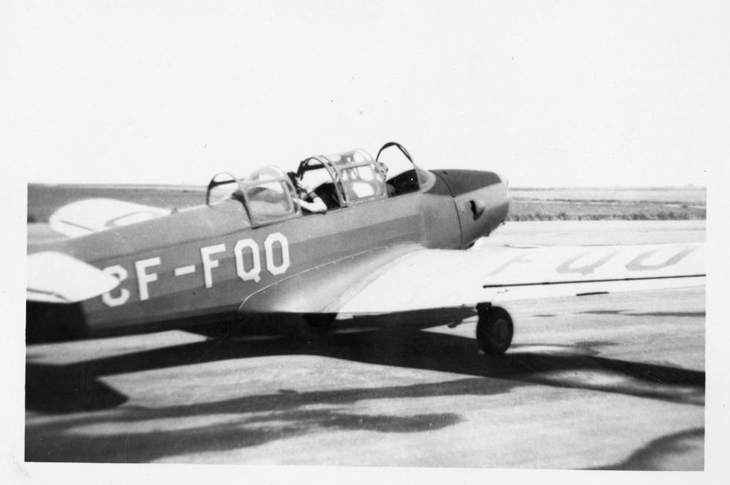 Fairchild PT-26 Cornell aircraft used by RCAF as a training aircraft during the Second World War. 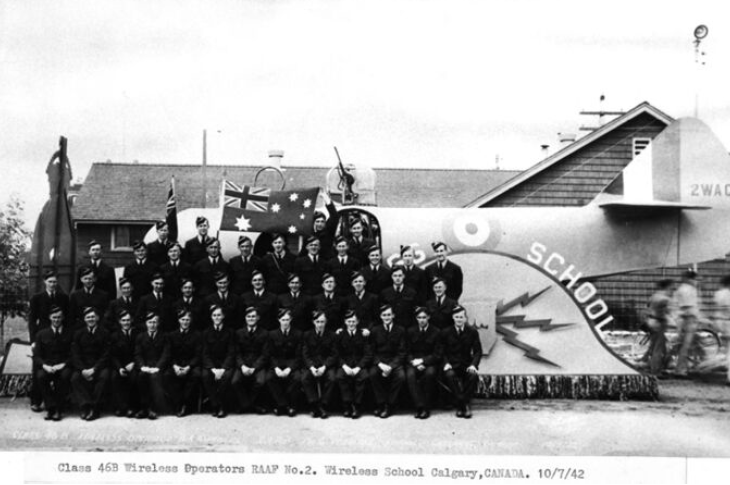 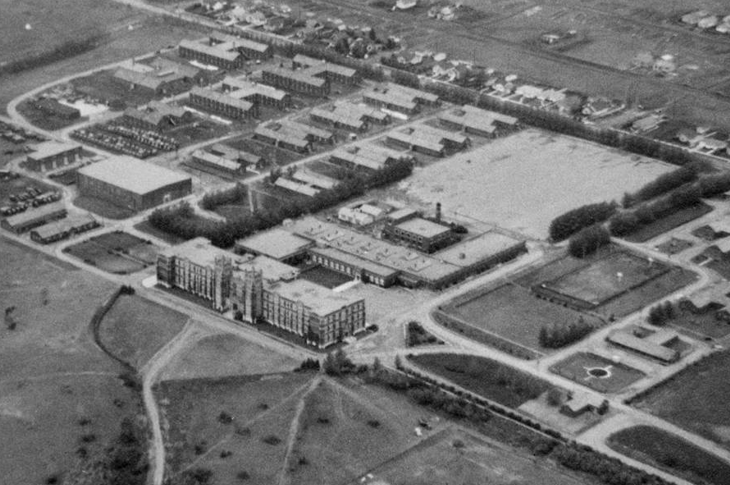