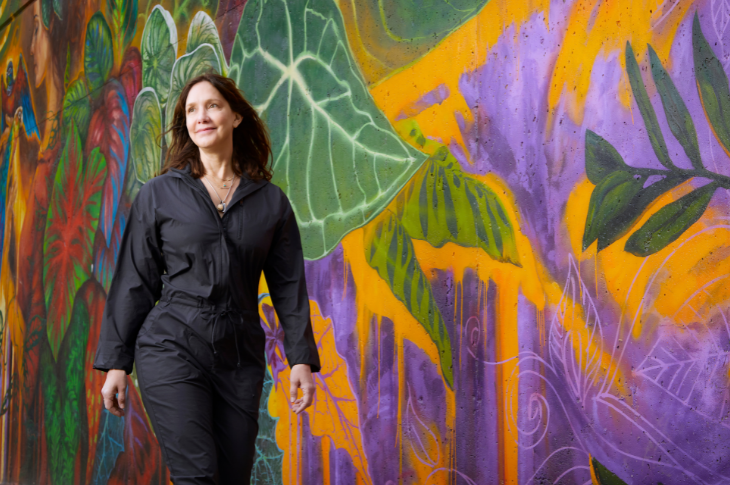 Shelley Kuipers (PET '87) is no stranger to being the only woman on the job – whether on a pipeline crew, in a team of fellow engineers or at the boardroom table. Being a member of the 51% minority” has been a constant in her career.

She’s dead-set on changing that.

Just imagine what could happen if 51% of the population could fully participate in our economy,” says Kuipers. That’s exactly what she was thinking about a decade ago as she sat on a plane drinking Diet Coke and eating licorice with a friend who would become a future co-founder of The51.

We had both been CEOs and entrepreneurs, we had supported each other and we had invested in each other’s companies. We saw the power of women banding together and knew there had to be a better way,” says Kuipers. So we asked ourselves, if we were to design a better, more inclusive experience for women entrepreneurs and investors, what would that look like?

The answer, it turns out, was The51 and its Financial Feminist™ platform that matches successful investors with talented entrepreneurs. Launched in 2019 with co-founders Alice Reimer and Judy Fairburn, the organization has already engaged more than 100 investors in over 30 ventures totaling $16 million in Canada and the U.S. And they’re just getting started.

Kuipers is bringing everything she has to the table – decades of experience building and supporting a series of successful companies, an incredible work ethic, an intuitive approach and a complete disregard for anyone who thinks she can’t change the way business is done.

When I say that The51 will activate $2.5 billion in women's capital by the end of the decade, some people look at me like I’m crazy,” says Kuipers. But I truly believe that it’s totally doable. By 2030, women will control 65% of the wealth in Canada. We are rising up in leadership, we are positioned to have influence in the supply chain, we already control consumer spending and we’re going to take on enormous wealth responsibility. Look at all of these trends together, and there are trillions of dollars to be added to the economy.

But the bottom line for Kuipers isn’t just about the money – it’s what those women investors and entrepreneurs will do with it.

The power of story

This year’s SAIT Alumni Awards recipients are all well versed in the power of story. Whether they’re breaking them from the news anchor desk, uncovering them rinkside at an NHL game, spinning them behind a trendy cocktail bar or using them to connect with students in a classroom, they know exactly how sharing stories shapes, challenges and connects us.