A primer on culinary diplomacy

As we head into the holiday season, we’re reminded of the importance of food, especially as a way to share moments with friends, colleagues, family and our communities. It’s nice to break the ice by serving up conversation different from the weather, eh?

Food is a way for people to connect and share experiences, regardless of background, which is at the heart of culinary diplomacy. It’s a way to foster understanding and build connection from nation to nation or between two individuals.

“Culinary diplomacy can be for everybody. At its core, it goes back to mutual respect and building peace through food,” says Rosalyn Ediger. “When you put thought into a dish, a meal or a gathering, you can reach people on a very deeply personal level. It sends a message and binds you with the person sitting at the table with you.”

Inspired by her time working in China as Chef de Cuisine for the Embassy of Canada's official residence in Beijing, Chef Ediger recently developed, launched and now teaches a new course in culinary diplomacy at SAIT called Culinary Diplomacy and Anthropology. The course was created as part of Chef Rosalyn’s 2019/20 Cadmus Trades Teaching Chair award.

“I proposed a project around culinary diplomacy to bridge my previous life experience with what I see as a largely untraveled avenue for culinary arts and a future skill set for our students.”

It can be difficult to define culinary diplomacy in a classroom of students with varied backgrounds. Some students come from a small region or country with a long food history passed down through generations and commonly available ingredients throughout. In Canada, a large country with so many types of food available, such varied seasons, vast wilderness, Indigenous Peoples and a rich history of immigration, it can be difficult to define a single cuisine.

“I asked the students, if you’re in the prairies and you’re making a curry out of the mustard, the canola and the chickpeas growing there — is it Indian food or Canadian food? Just to get them thinking,” says Ediger. “In this class they need to be open-minded to put themselves in another’s shoes. What might be comforting or fun or enjoyable to one person, might be weird to another, but once you get to know them, you realize we have more similarities than we know and we’re learning to use food to send that message.”

Planning a first date might not be typical coursework, but after a discussion about how you don’t need a big budget to practice culinary diplomacy in everyday life (and a student’s question) it was part of the discussion. Culinary diplomacy can be used from big moments to small to create a shared experience — even with only one other person on a date.

Here are some elements to consider when planning a first date with some culinary diplomacy considerations. Consider their interests and what you would like to share about yourself. Make it specific, like include food or a beverage to break the ice, and then use that to make the connection.

Practice with the pros on a diplomatic visit

For SAIT students who get jobs overseas, it’s important to learn about the audience, culture, etiquette and taboos. But domestically, the experience in culinary diplomacy also helps set students apart who welcome visitors to Canada.

For students in SAIT’s world-renowned School of Hospitality and Tourism, visitors recently included Canada-U.S. Chef Ambassadors from the Culinary Diplomacy Project — a chef-driven organization that sends prominent chefs to destinations around the world as representatives of American culture and cuisine.

What does a visit from Chef Ambassadors to a culinary school include? Food in many forms — a speaker panel discussion, dinner at River Café, a tour of southern Alberta, preparing food together and a reception with food stations. 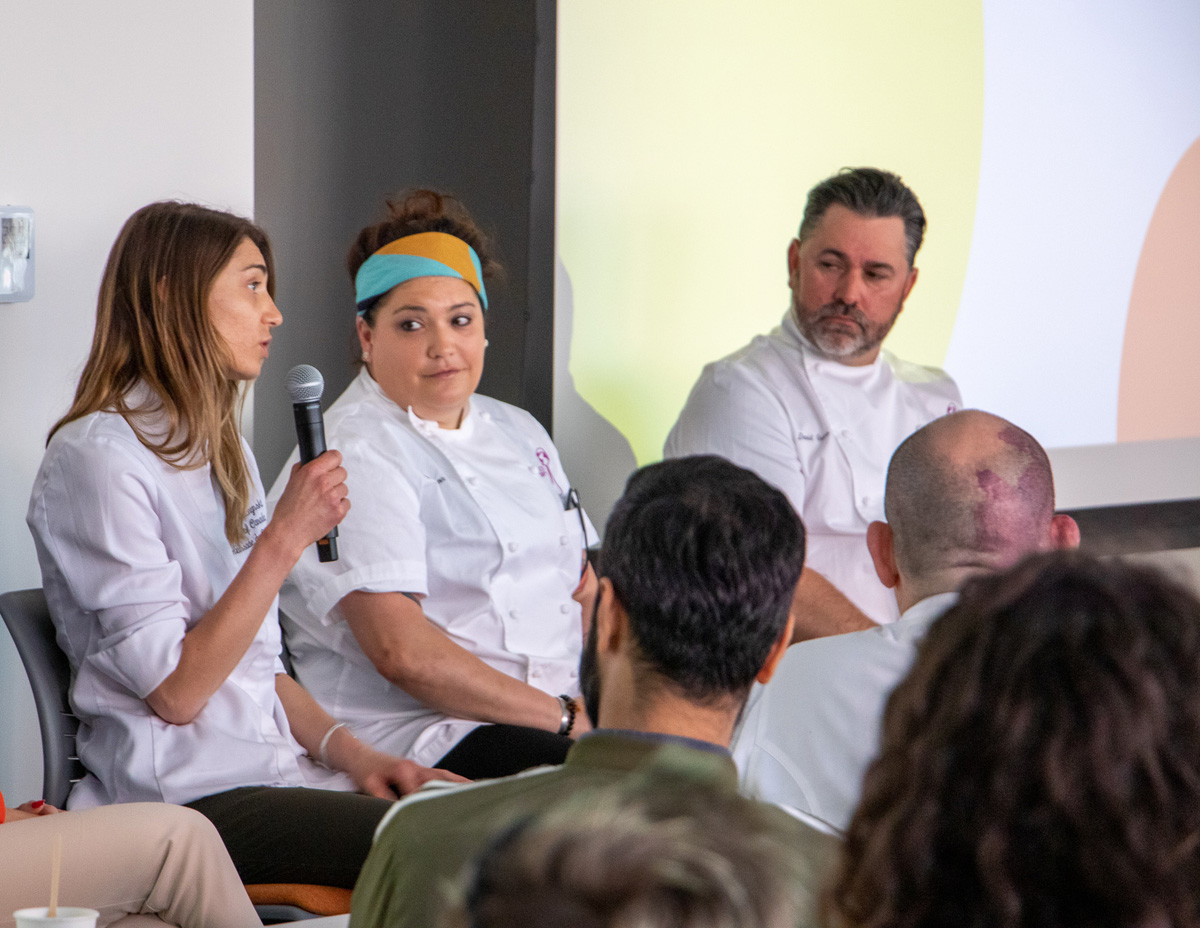 Chefs Chrapchynski, Mazon and Guas (left to right) during a panel discussion with students and instructors. 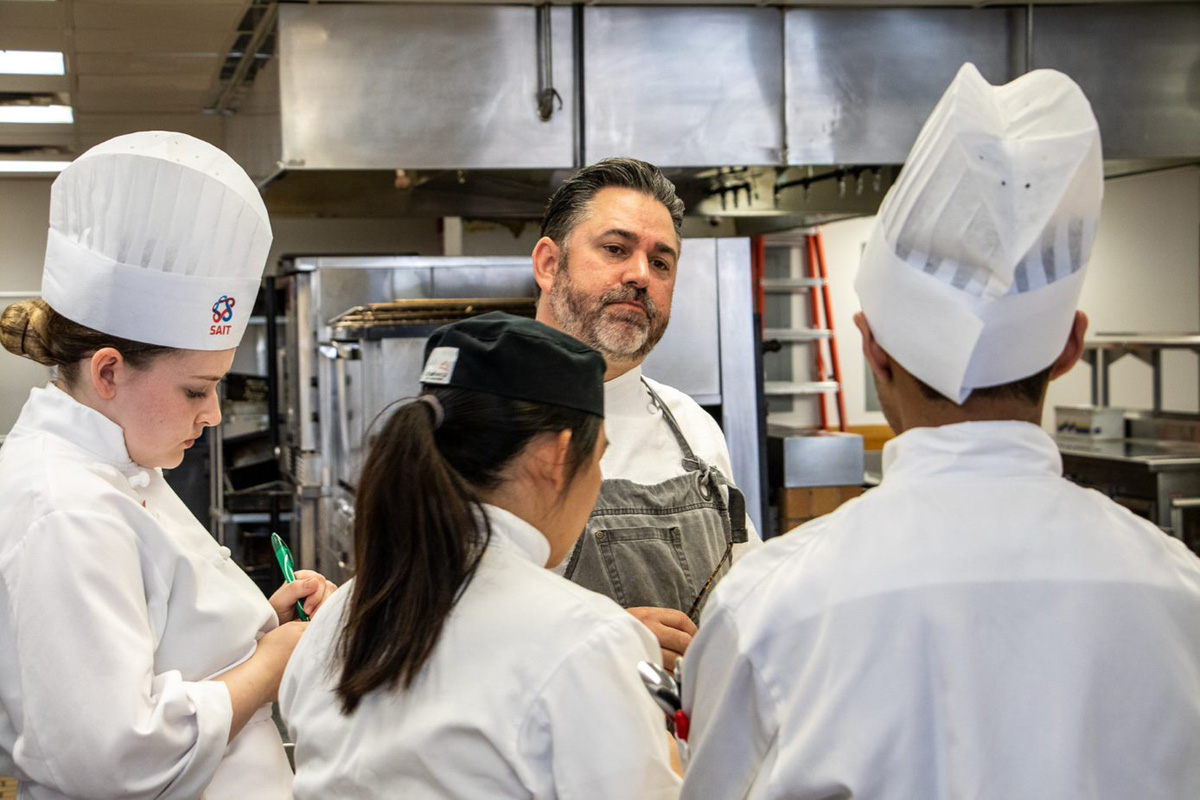 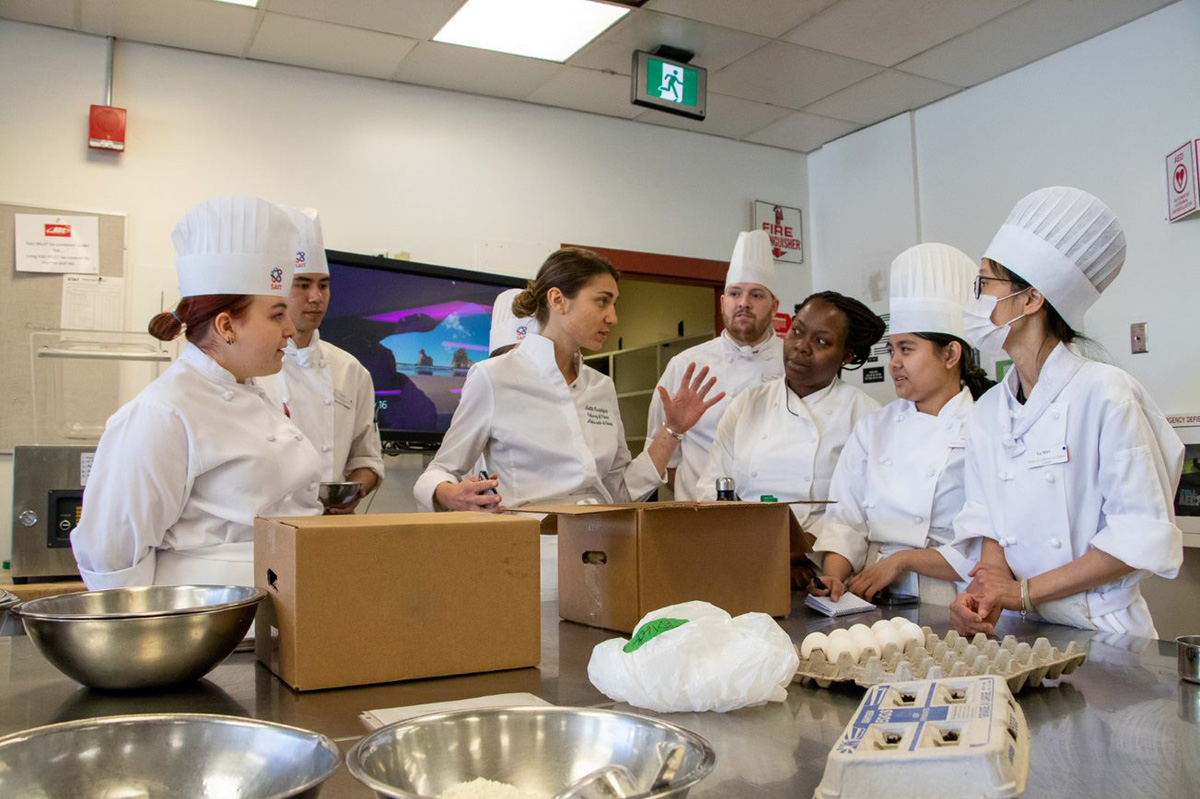 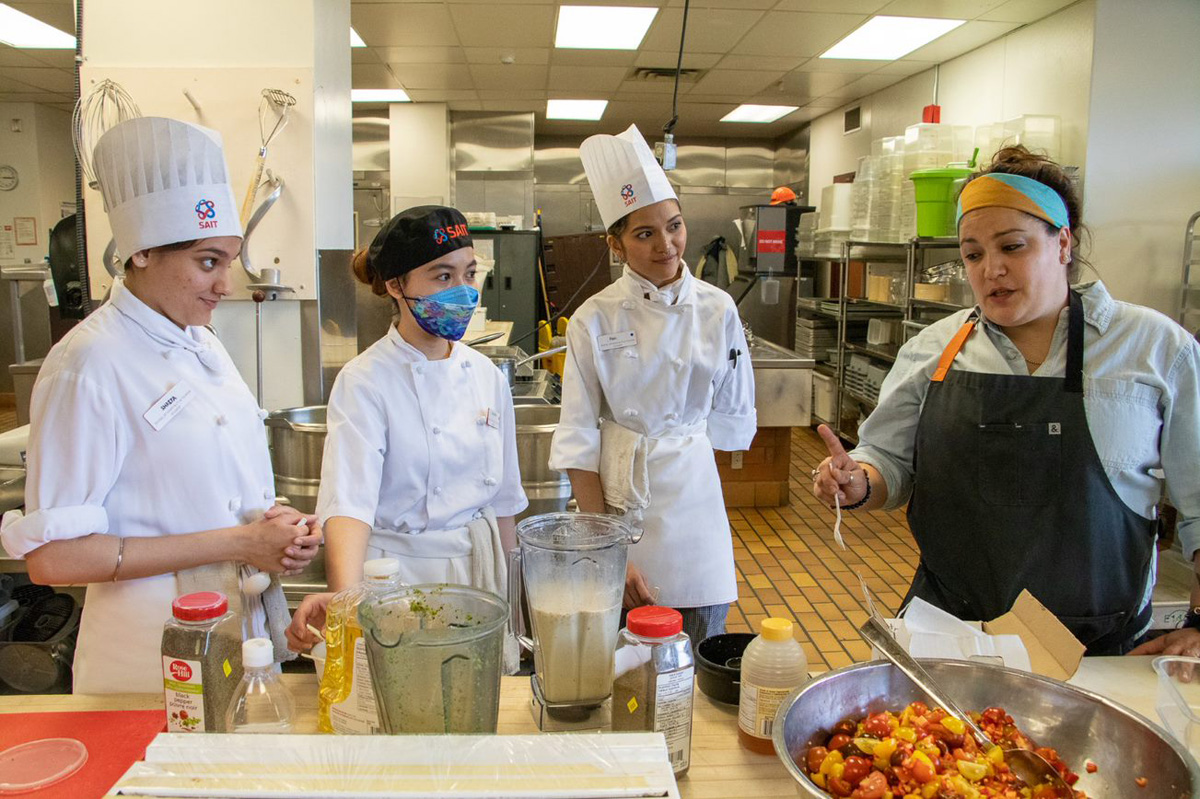 Chef Mazon guides students in the creation of mole sauce for her camaron en mole verde dish, made with local produce, for the evening reception. 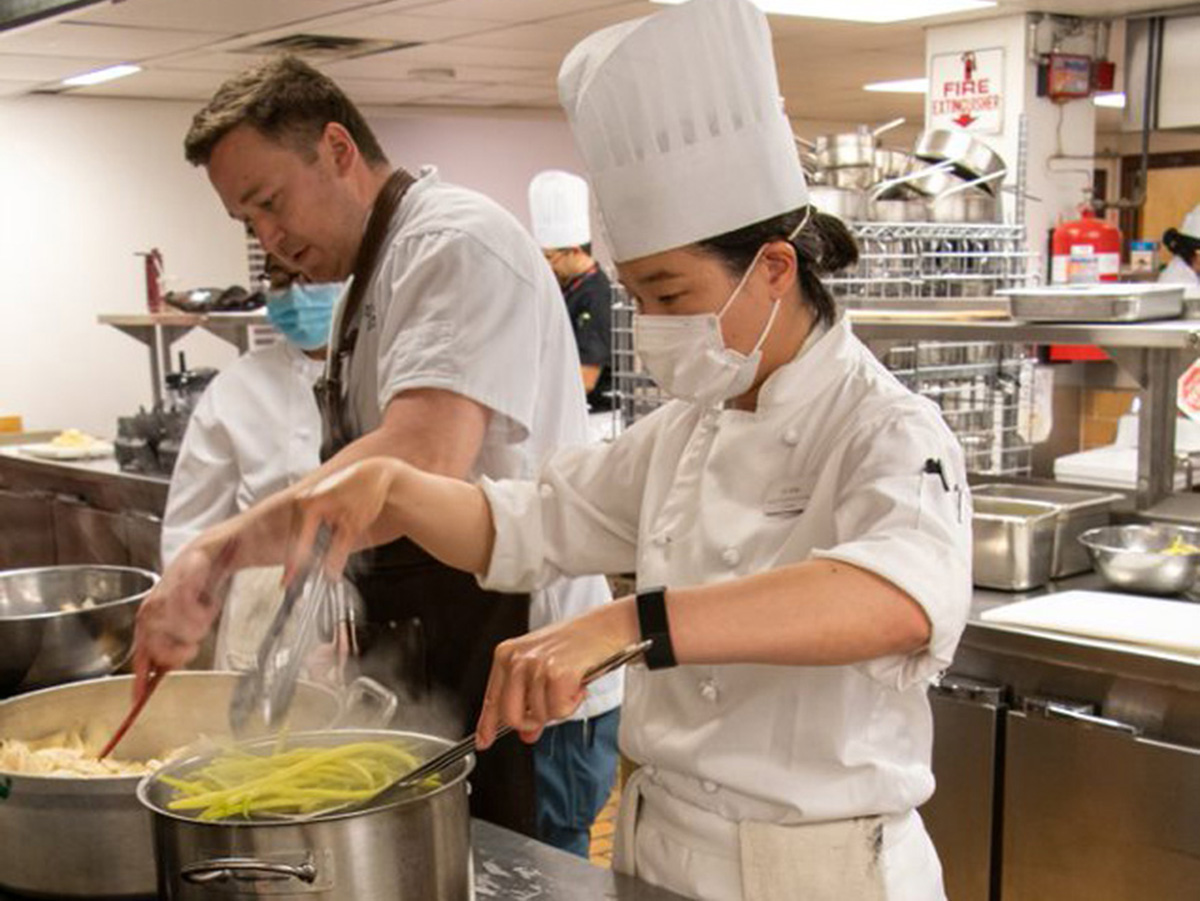 Along with SAIT instructors, Chef MacKenzie guides students while preparing to serve at the reception. 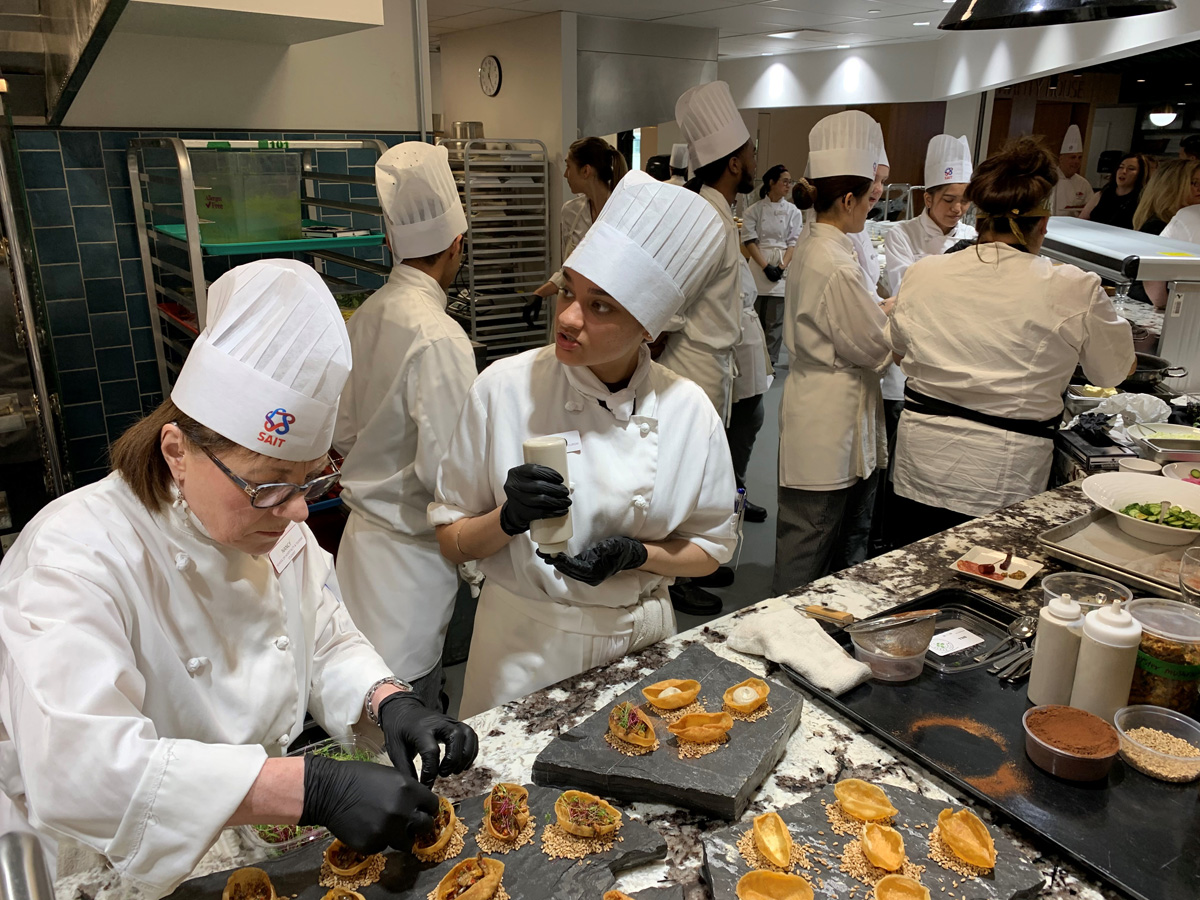 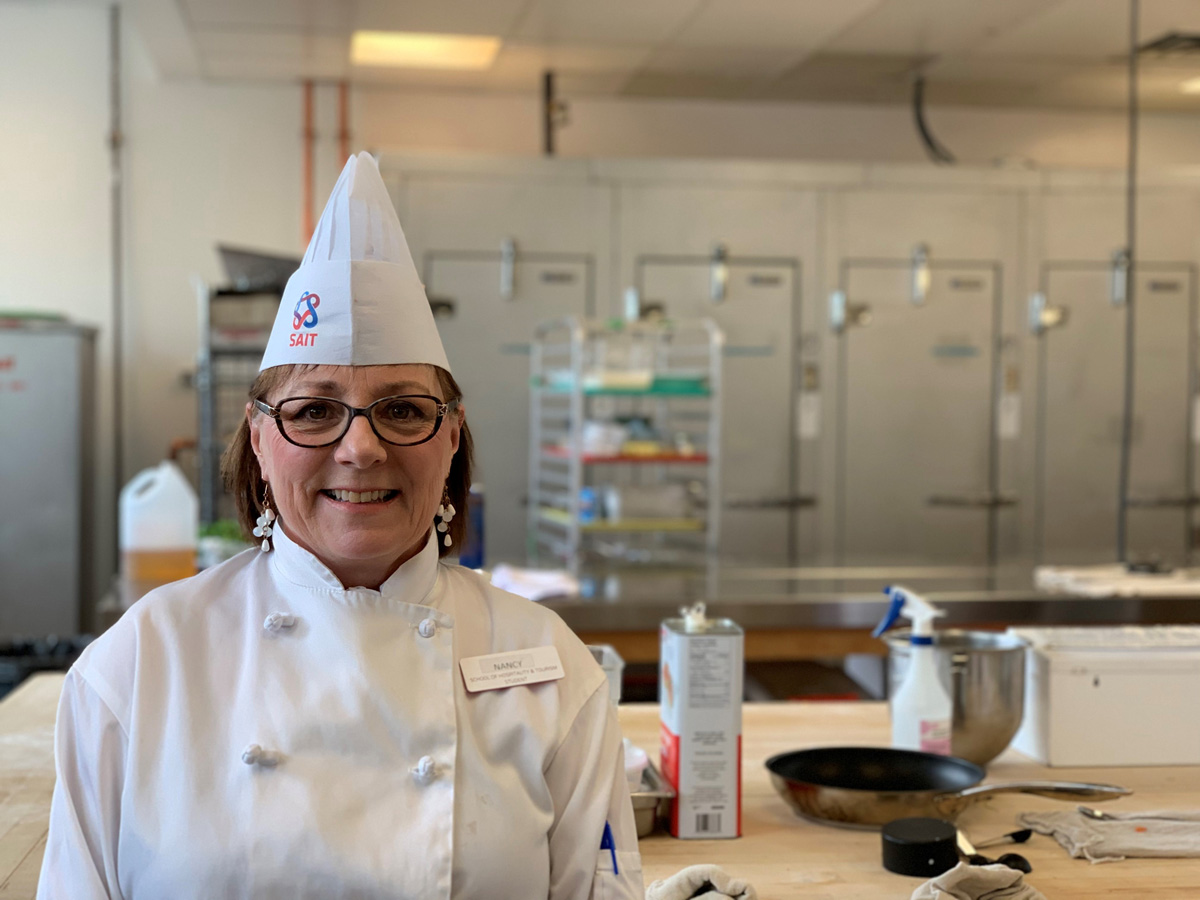 “The energy was high, the food fantastic and being able to meet some of the top Chefs in Calgary was amazing,” says second-year culinary student Nancy Bezaire.

A cut above the rest

SAIT’s School of Hospitality and Tourism ranks #18 on CEOWORLD Magazine’s 2022 list of Best Hospitality and Hotel Management Schools in the World, making it the only Canadian school on the list.

Learn more about SAIT’s School of Hospitality and Tourism and programs like Culinary Arts.