Honouring a legacy of passion with the Chris Tindall Memorial Award 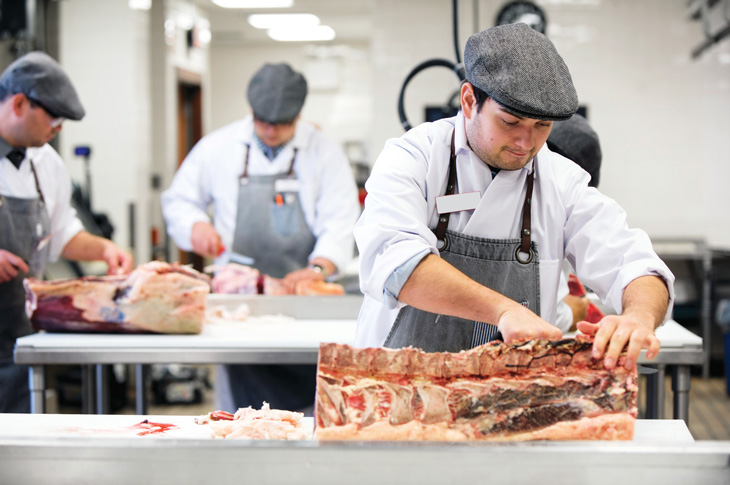 A passion for teamwork, a commitment to building the leaders of tomorrow and an infectiously positive attitude were just a few of Chris Tindall’s qualities. With a career’s-worth of experience, Tindall served as a well-respected advocate and leader in the protein industry, spending his final years as the Assistant General Merchandise Manager of Fresh Meat at Costco Canada.

“Chris was the kind of individual who stuck with you after meeting him,” says Marty Carpenter (PCK ’84), and President of the Canadian Beef Grading Agency (CBGA). “He had an exuberance about what he did and loved his work.”

Carpenter worked with Tindall for a number of years as Tindall served as a board member for the CBGA.

Tindall passed away on July 30, 2020, at the age of 63. To celebrate and honour Tindall’s legacy, Carpenter and fellow CBGA board members, as well as Costco Canada, established the Chris Tindall Memorial Award. The award recognizes a student in the Butchery and Charcuterie craft who demonstrates strong leadership skills and a passion for the protein industry.

In his role at Costco, Tindall worked closely with protein industry vendors across Canada. To recognize Tindall’s collaborative approach in his career, Carpenter and the other individuals involved, reached out to a number of vendors for contributions to the Award.

“It was amazing, the response and generosity of the vendor community. We’ve got 12 companies and individuals involved,” explains Carpenter. “It certainly spoke to the impact Chris had in his professional life, and the personal touch he had in his relationships. His family also contributed, they were quite pleased and proud that this could be put forth and that it could act as a legacy for Chris.”

The partners chose to implement the Award at SAIT after a search across Canada’s various culinary schools.

“The program at SAIT is so well done. The butchery and charcuterie program is very well respected across the country and has great leaders,” says Carpenter.

Throughout his career, Tindall was a champion of passing on knowledge and continuous learning.

“Chris had a passion for education, training and building a better operation,” says Carpenter. “I think he would have recognized that the individuals coming out of this course would be ready to step into potential leadership positions.”

“He had an ability to lead individuals who could lead that next generation, and he always tried to help the individual grow and then let them fly.”