After a unanimous vote by the House of Commons in December 1995, the month of February was officially designated as Black History Month in Canada. This historic motion was spearheaded by the Honourable Jean Augustine — the first Black woman to be elected a Member of Parliament. Thanks to Augustine’s efforts, Black History Month is officially observed across the nation and Canadians are called to take part in celebrations and activities that honour Black Canadians.

This time last year we celebrated Black History Month here at SAIT through music, dance and storytelling. This year, we’re taking the celebrations virtual, with opportunities for the SAIT community to listen, learn and share the important contributions of Black Canadians to our history and culture. 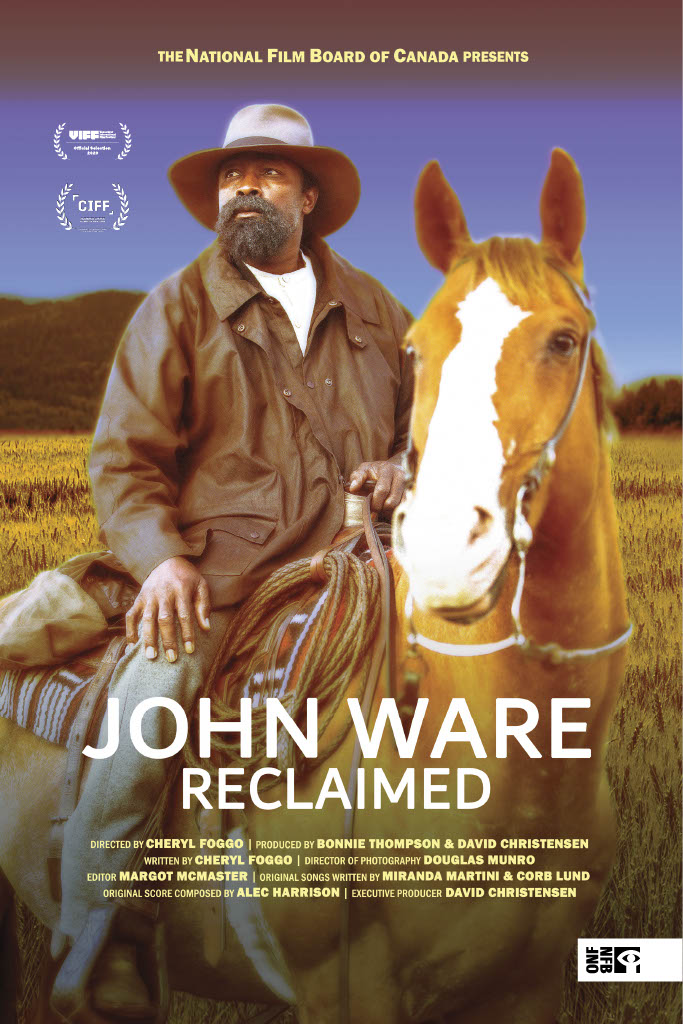 John Ware was born into slavery in the southern United States. After emancipation, he eventually found his way up to Alberta where he created a homestead and quickly became respected in the ranching community. The legendary Black cowboy helped pave the way for the ranching industry and transcended racist attitudes of the time.

Did you know? Ware has several Albertan landmarks named after him, including the John Ware Building at SAIT. Within this building is the 4Nines, a dining centre run by SAIT Culinary students named after Ware’s cattle brand (9999).

Local author, historian and filmmaker Cheryl Foggo’s documentary, John Ware: Reclaimed digs deep into John Ware’s story, while also looking back on her own childhood and uncovering her own experiences of racism as a Black woman.

Pro tip: You can stream a number of films for free through the National Film Board of Canada’s collection of films by distinguished Black filmmakers, creators and allies.

Continue the conversation with Jon Cornish

Join us to continue the important conversation about race relations in Southern Alberta and the way our history connects to the work of anti-racism in Canada from past to present. Jon Cornish, Canadian Football Hall of Famer and President of Calgary Black Chambers, will join John Partington, SAIT’s Associate Director of Equity, Diversity and Inclusion, to talk about anti-racism from the days of John Ware to now and how to find ways to promote racial equity at SAIT. Register to be part of the conversation on Thursday, Feb. 18 from 1 to 2 pm. 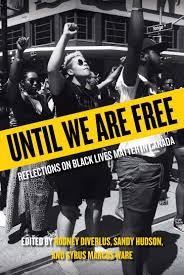 Add some books to your reading list with titles from this month’s New and Notable section at the Reg Erhardt Library. The list features works by a number of Black Canadian authors including Karina Vernon and Cecil Foster.

Test your knowledge of Black trailblazers, activists and leaders

Grab a cup of something warm and join us at a special edition of Communi-Tea on Tuesday, Feb. 23. We’ll test your knowledge of influential Black Canadians and Americans at our fun and informative trivia game!

Get a head start and learn about a few of the trailblazers below: 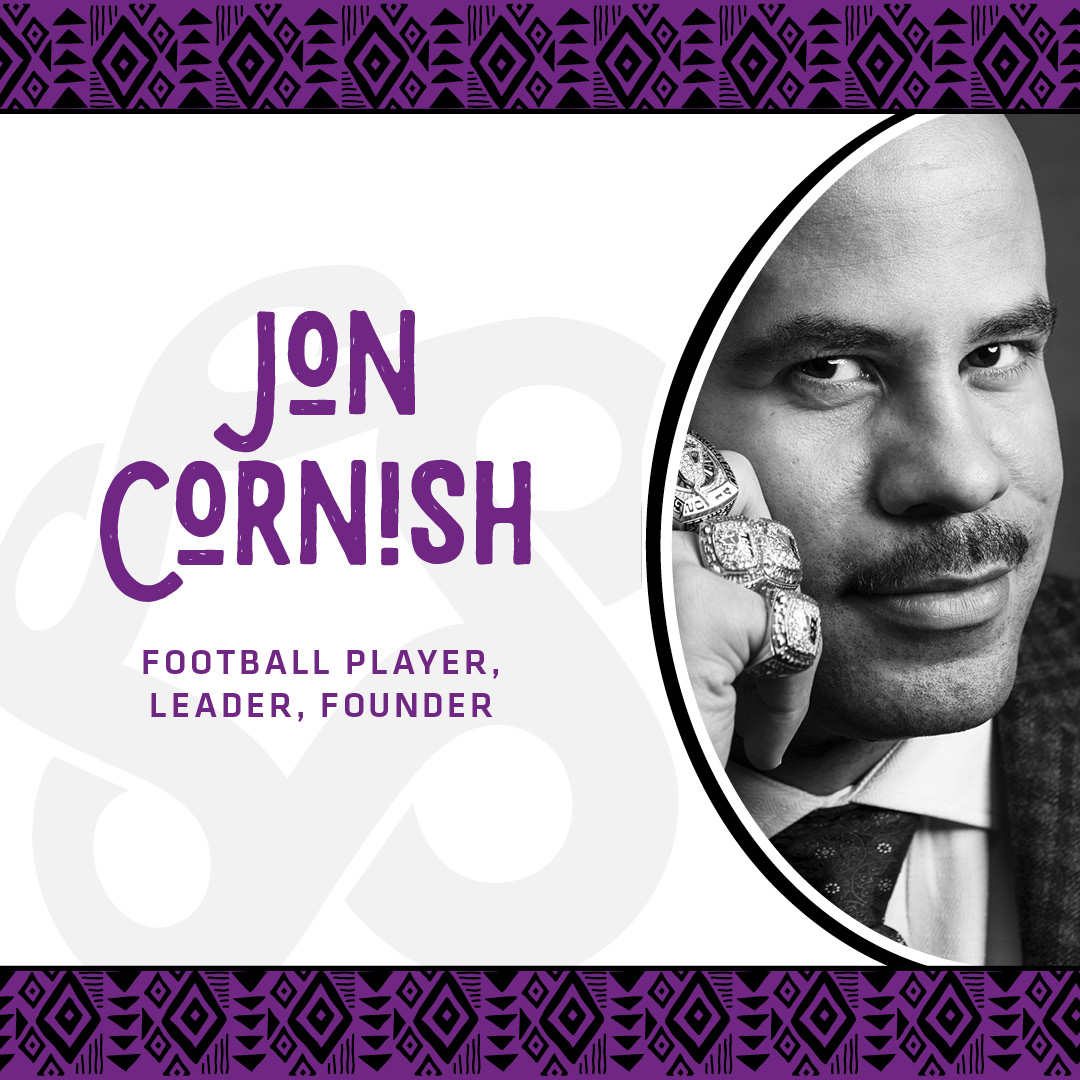 Born and raised in New Westminster, British Columbia, Jon Cornish is the embodiment of the saying “it takes a village to raise a child.” Being raised by a single mom, he received support from his community to get him from games and practices throughout his athletic life. Staying in one community allowed him to benefit from a range of role models, who taught him various lessons, the most importing being working hard and seeing that obstacles were things to be overcome.

While he is known for being a football megastar, the story behind the successes of Jon Cornish is a lesson on how to overcome challenges in the face of adversity. Most people don’t know the story of Jon and his continual interactions with campus police while playing college football in Kansas. He didn’t allow these encounters in Kansas to demoralize him and went on to lead Kansas University (KU) to its first bowl game championship win in a decade, set the school rushing record — which still stands today— and won the team MVP twice. While at KU he became a student senator and helped the university get campus-wide Wi-Fi in a time when this was still not considered a necessity.

Having overcome adversity in college and after being undrafted in the NFL while finishing 5th in the NCAA in rushing, he left to join the Calgary Stampeders with the objective of becoming one of the best Canadian football players of all time. He arrived in Calgary ready to dominate. Over the course of his CFL career, he averaged both the second highest career average per carry as well as the second highest yards per game in a season. He set the CFL record for rushing by a Canadian running back then broke his own record the following year, the 4th all-time rushing in a CFL season while winning the Lou Marsh Trophy for Canada’s most outstanding athlete. After it all, he was selected to the Canadian Football Hall of Fame on his first ballot, the youngest ever.

Post football, Jon and his wife Kiran currently run a financial investment advisory practice focussed on wealth planning (future planning). After spending so much time in downtown Calgary, he recognized there were many Black people in Calgary and no organization with the goal of connecting them all. He saw a Black person here, or there, but only rarely together. Kiran and Jon volunteered throughout Calgary, representing the Alberta Children’s Hospital and You Can Play, but recognized a need for a group to bring together the various Black groups in Calgary. With the aid of a large fellowship of founding members, including Chi Iliya-Ndule, they founded the Calgary Black Chambers, with the goal of providing a voice and mentorship to students and professionals in the Greater Calgary region. 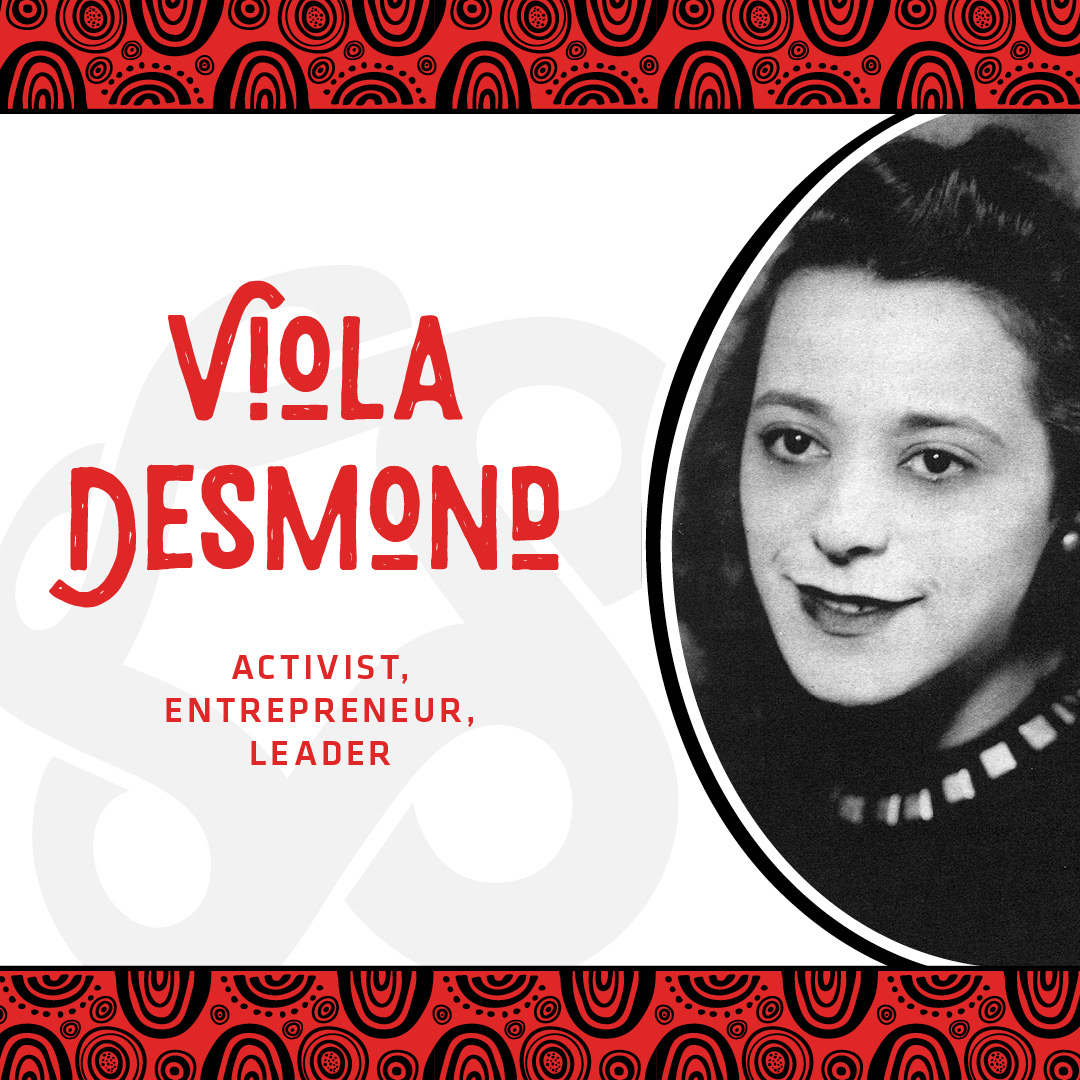 Viola Desmond was a civil rights activist and is widely known for challenging racial discrimination. In 1946 she refused to leave a segregated white only section of a theatre in New Glasgow, Nova Scotia which led to an arrest and conviction over an obscure tax violation. This incident was widely publicized and paved the way for the modern civil rights movement in Canada.

In addition to being a civil rights activist, Desmond was a businesswoman who built a career as a beautician in Nova Scotia. She also established a beauty school where she provided training that supported employment for young Black women.

Desmond’s strength and courage in refusing to accept an act of racial discrimination served as an inspiration to generations of Black persons in Nova Scotia and in Canada.

Desmond is the first Canadian woman to be featured on the face of a bank note and has also been named a National Historic Person by the Government of Canada in 2018. 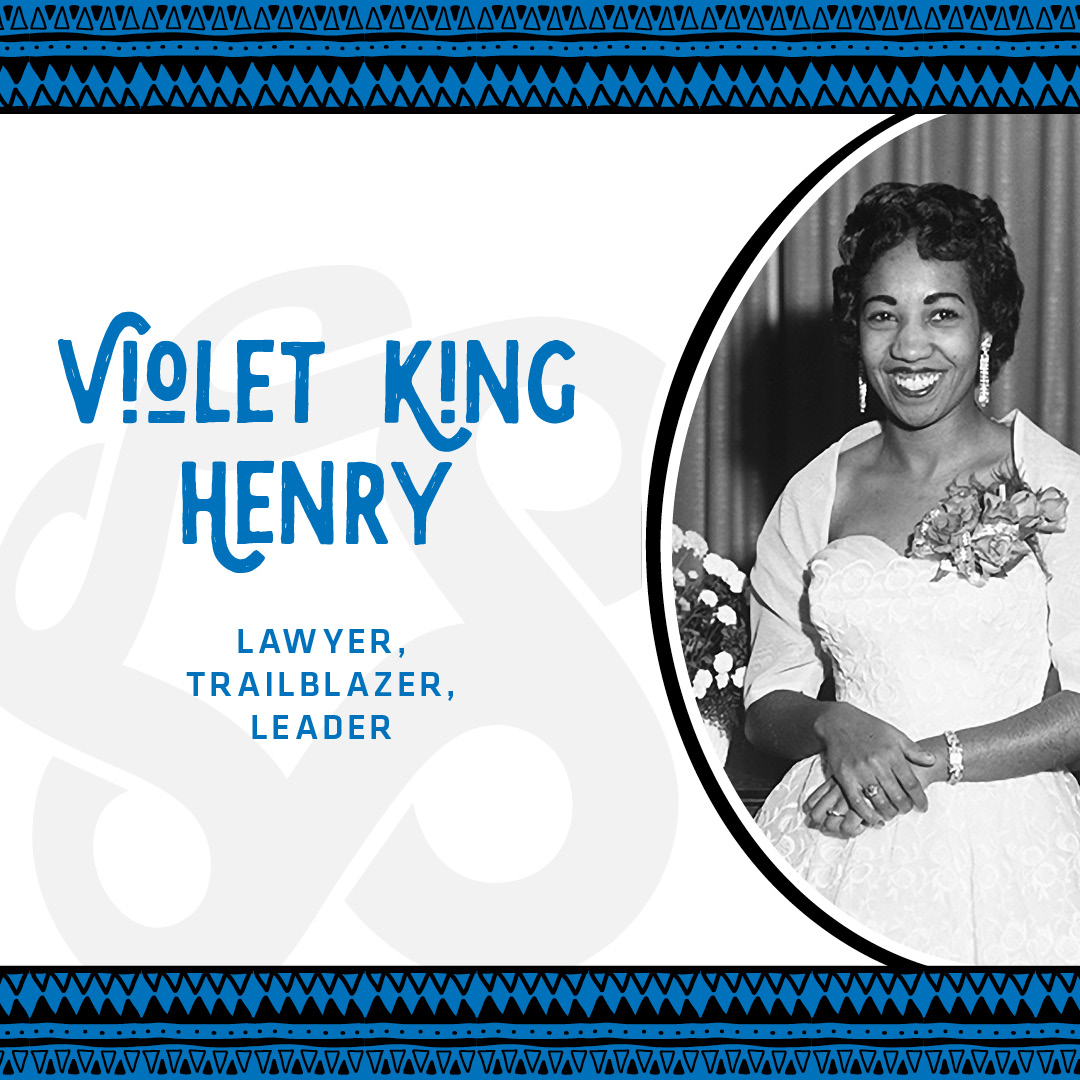 Violet King Henry was born in Calgary was a descendant of Black settlers from the United States. She was the first Black Canadian to obtain a law degree in Alberta, the first Black person admitted to the Alberta Bar and the first Black woman to become a lawyer in Canada. She articled at the Calgary Law Firm of Edward J. McCormick, QC — a well-known Criminal Lawyer and handled five murder cases in her first year.

>Henry’s life consisted of several important milestones. After practicing for two years in Alberta, she moved to Ottawa to work with the Federal Department of Citizenship and Immigration. Over seven years, her roles included executive assistant to the Chief of the Liaison Branch of Canada Citizenship and Immigration and directing programs with the Canadian Citizenship Council. She moved to New Jersey in 1963 to become executive director of Newark YMCA’s Community Brant and her role involved assisting Black applicants who were actively seeking employment.

She was also the first woman appointed to an executive position with the YMCA in the United States and in 1998 was inducted into the National YMCA Hall of Fame. 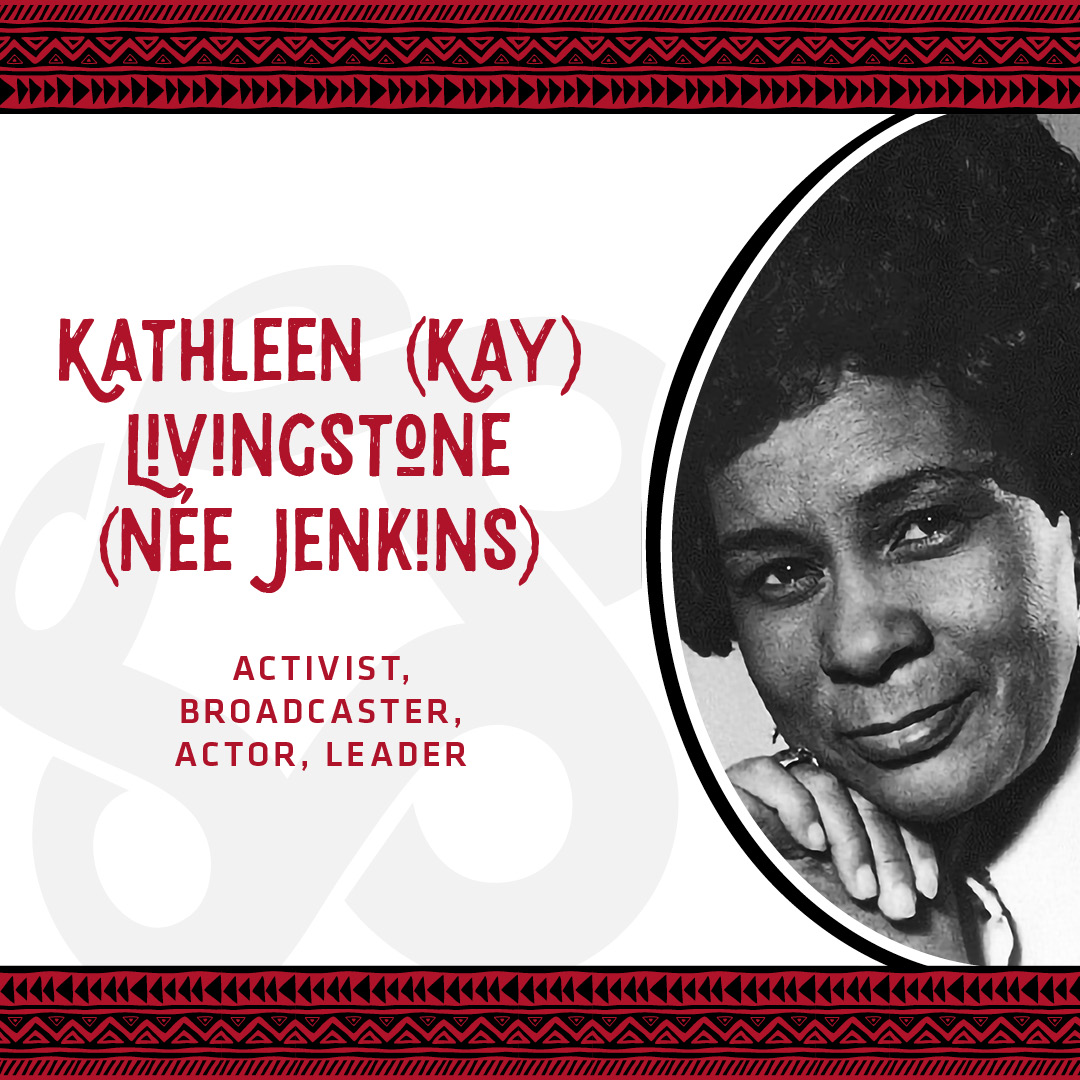 Kathleen (Kay) Livingstone (née Jenkins) was an organizer, activist, broadcaster and actor, she was born in London, Ontario in 1919. She showed interest in the performing arts and studied at Royal Conservatory Ottawa College of Music to study elocution.

As the civil rights movement gained momentum in the United States, her desire for action and change ignited the transformation of her social club, Dilettantes, into a mutual aid association. She also coined the term ‘visible minority’ to describe the Black community in the 1950s.

Livingstone established the Canada Negro Women’s Club (CANEWA) in 1951 whose mandate was ‘to become aware of, to appreciate and further the merits of Black Canadians’. CANEWA launched a scholarship program to help Black students complete their schooling. This program was funded by organizing events such as Calypso Carnival (the precursor to Carabana) and Negro History Week (later Black History Month).

Livingstone started a radio program in Ottawa named after herself and hosted several others in Toronto for several stations, including CBC. She also worked as a film and TV actress and was called “one of Canada’s leading Black actresses” at the time.

Switch up your virtual background for Black History Month

Save your favourite images below (just right-click), add them to Zoom or Teams and test them out at your next class or meeting. 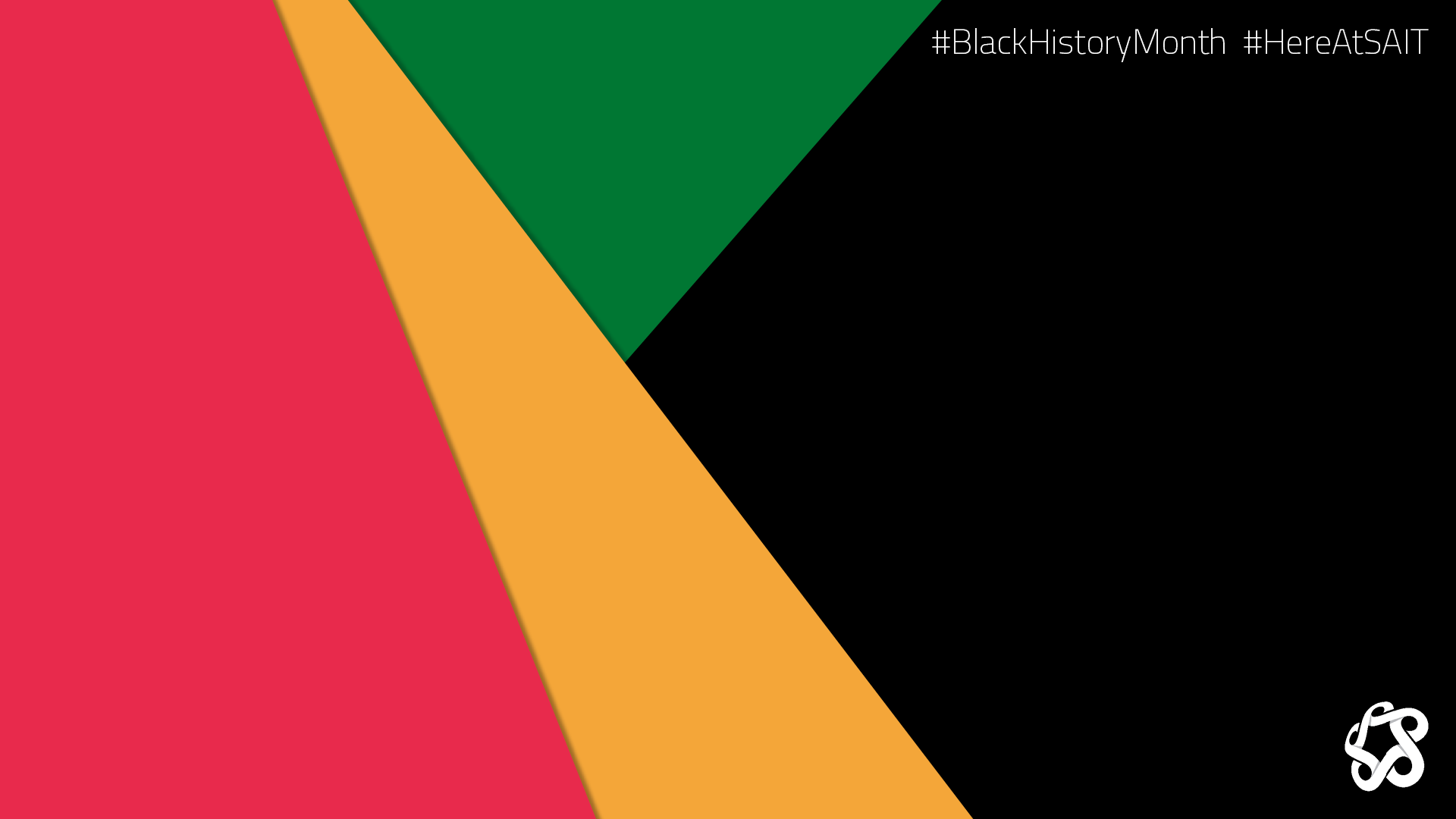 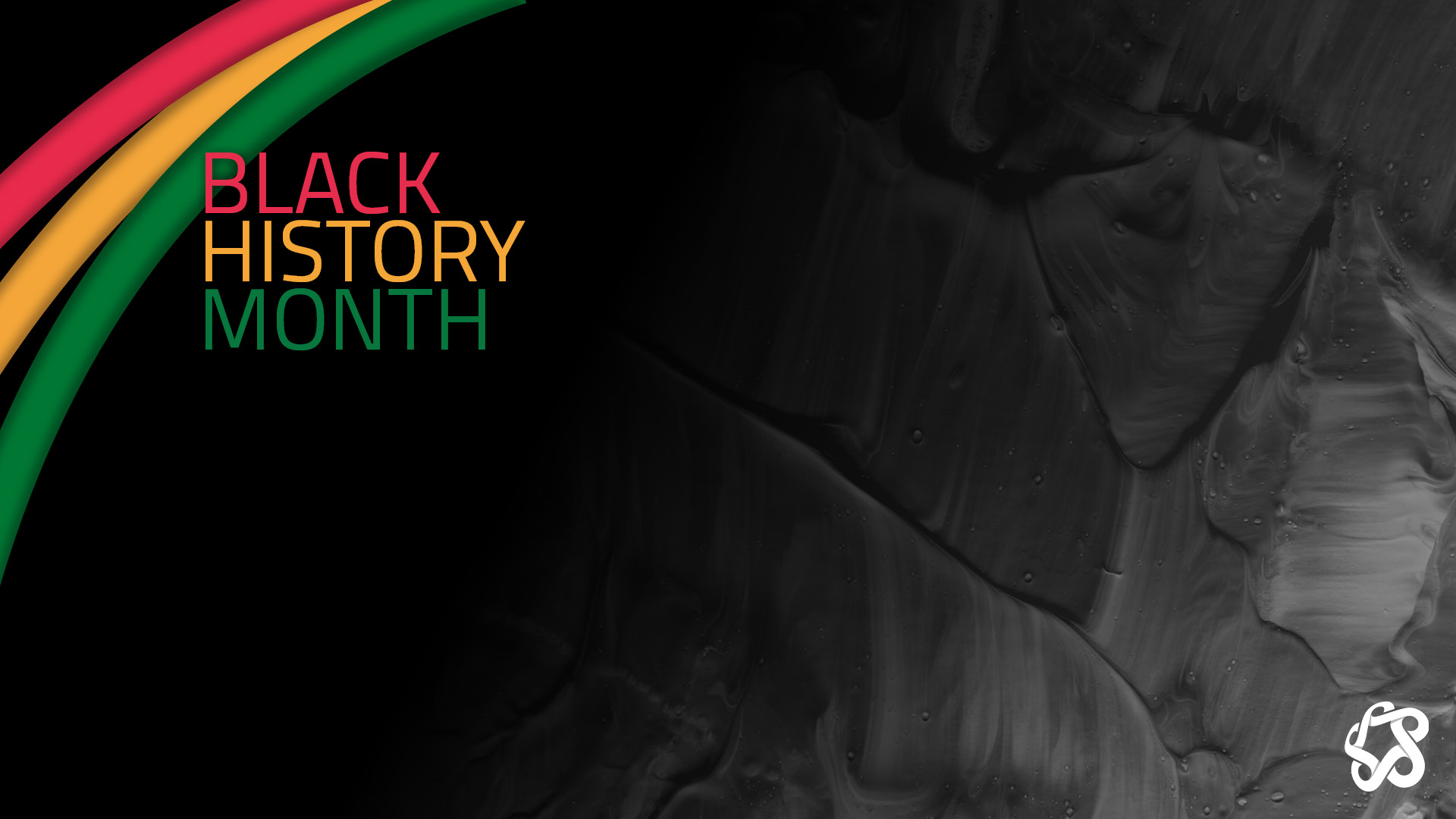