A cloud of sawdust rises under Taylor Desjardins’s hand as he wipes at a newly cut panel. With intricate instructions prepared by his coaches, Desjardins will assemble this piece under the relentless stare of a ticking clock. It’s all to prepare him for the biggest challenge of his life — competing on a world stage against the best cabinetmakers from across the globe.

Desjardins is one of the best in his trade, but a few short years ago he was less sure of his place in the world.

High school graduation marked an accomplishment for Taylor, but not a huge life change. After crossing the stage, he kept his job at a golf course and stuck with his routine. Until he decided he wanted something more.

“My life was moving very slow. I’d been at the golf course for a year after high school and I realized it was time for a change,” says Desjardins. “My dad got me the phone number of a guy at a custom cabinetry company who was looking for an apprentice.”

Desjardins held onto the number for a while before deciding to make the call.

“I was so nervous, I kept postponing. In the spring of 2016, I finally called him and he offered to try me out for a couple of days to see if I had what it takes. My first day on the job, he told me he’d like to keep me on as an apprentice. My journey into a new world begun.”

Desjardins’s apprenticeship was the first step on a path he didn’t yet realize he was on — to SAIT and Skills.

“My apprenticeship was going well, so I chose to go to SAIT’s Cabinetmaker program because I heard it was an amazing school. And it led to something really cool — a chance to be a competitor.”

One of Taylor’s instructors encouraged him to get involved in Skills — a competition at the provincial, national and international level.

“I will never forget the day I joined Skills. Being a competitor has had a huge influence on my day-to-day work life, and I’ve created pieces I thought I could only dream of,” he says.

“Without all the practice and time I’ve put into training for Skills, I would never have gone this far in my trade. The competition has given me the insight and knowledge I needed to be a better cabinetmaker.” 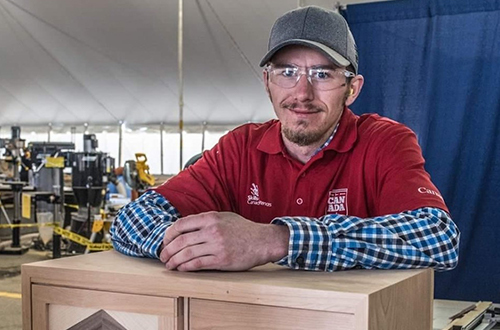 It started with training. Desjardins spent hours after work and on weekends to perfect his craft. His coach, Harold Bergmann set tasks to hone his skills.

“I’ve also trained to understand different types of joinery — giving me the opportunity to be flexible in stressful situations. And that skill has gone beyond the competitions. I have a broader view of the trade and that’s opened opportunities for bigger projects at work.”

Plus, he’s been putting in an extra five to 10 hours a week to prepare for the big show. 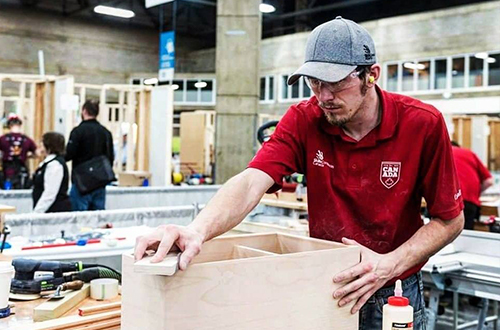 WorldSkills is Desjardins’s masterpiece. His win at nationals in Halifax earned him a ticket to Kazan, Russia for the global competition, Aug. 22 – 27.

“Going to WorldSkills and being able to compete on a world level is everything to me. I will cherish this experience for the rest of my life.

“Cabinetmaking is more than what people think it may be. It’s a career that allows you to be creative and do something you’ve never done before. It’s a way for me to express who I really am and I have SAIT and Skills to thank for that.” 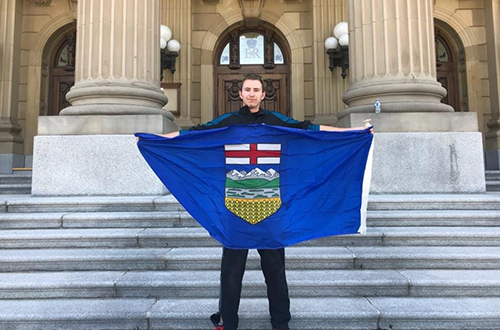 Take on the world

Congratulations to Taylor on his incredible work at WorldSkills! Find out more about his time in Kazan.

Find out how you can craft your own dream career in cabinetmaking.

SAIT students and alumni compete on local, national and world stages. From the classroom to the top of the podium, a SAIT education takes you places.