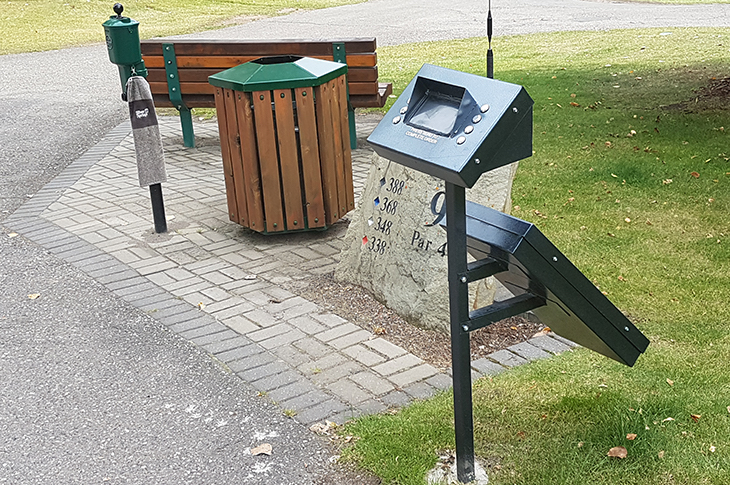 Golf is a sport steeped in tradition — including refueling at the clubhouse with a meal or snack after nine holes. But this particular tradition sometimes meant mediocre meals that were ready-to-go, because in golf, keeping play moving is essential.

Gord Nelson saw an opportunity for a food ordering system that could give golfers the meal options they craved and not bottleneck play.

As golfers proceed down the fairway, about 15 minutes from the clubhouse, they can input their order using a solar-powered panel like a mini ATM. The unit talks to the clubhouse using radio signals — eliminating the need for electricity, cell service, apps or a telephone.

“It’s not a brilliant idea,” laughs Nelson. “But it fills a need. Golfers get to enjoy fresh food instead of the usual premade hamburgers and hotdogs. And courses don’t have to throw out food because it didn’t get eaten that day.”

His concept, dubbed “At the Turn”, was solid and the courses he spoke to loved the idea. But it needed fine-tuning and reliability. That’s where SAIT came in.

Nelson pitched the idea to Applied Research and Innovation Services (ARIS) at SAIT and received more than a polite golf clap in response. SAIT was keen to help, bringing both grant money and smart minds to the project. 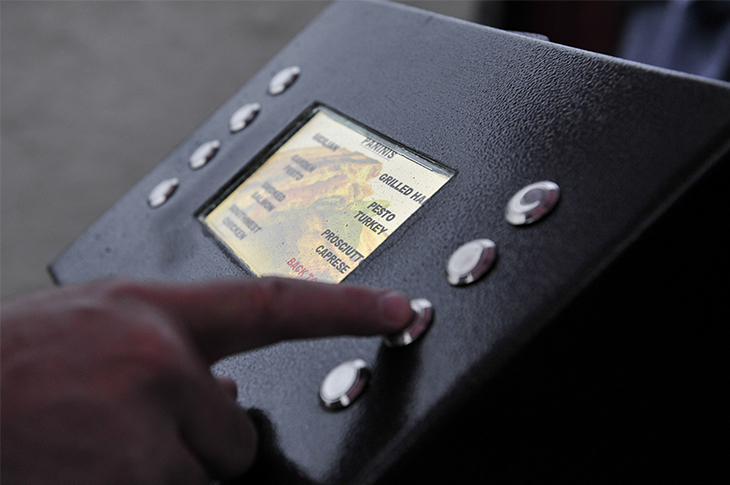 Daniel Huot is chief investigator on the At the Turn project in ARIS. He says speeding up the system and ensuring reliability first meant sourcing the right radio communication product with a long-range and the ability to go through obstacles — all while using low power.

With the radio system chosen, we tested and tested to make sure it would work in all sorts of conditions,” says Huot. “That meant getting outside and measuring communication hundreds of times.”

The SAIT team has also upped the on-screen graphics, allowing the unit to play video ads. This is an important part of making the unit economically viable for golf courses, and also a clever way to hide the transmission time of the order getting to the clubhouse and receiving validation back.

Rather than watching the spinning dial or hourglass that tells you it’s loading, the unit plays an ad,” explains Huot. “Then your order is confirmed and you continue to play until you reach your freshly prepared meal at the clubhouse.

Nelson has been working on his idea for seven years and “gets goosebumps” when he sees how the system has evolved with the help of the ARIS team. But he’s careful not to rush to market until At the Turn is exactly where it needs to be for easy use at courses.

We’re very close,” says Nelson, “Golfers will get better food, courses will have less food waste with no slowdown in play and there’s a revenue stream from advertising.

With ARIS the technical caddy on this project, Nelson is lining up his shot at a hole-in-one.

Bring your ideas to ARIS for a partnership with our expert researchers to develop your technology. Get started by submitting your project inquiry.