The impact on under-used technologies during the pandemic

Household appliances and technologies are being used more than ever before during this pandemic — but what about more complex machines currently being used less? For some, it’s business as usual; for others, a simple boost can help keep their motors running. And then there are those high-maintenance machines that are just getting cranky.

Over the past year, the COVID-19 pandemic has upended our daily lives in countless ways — both big and small. The collective shifting of our routines has led to surprising consequences, from toilet paper, yeast and seed shortages to explosive demand for appliance service technicians, bicycles and camping gear.

LINK takes a closer look at the impact of under-use in four essential areas — and what it means for the machines, equipment and technologies awaiting our return.

With work-from-home policies erasing office commutes, many of us are spending a lot less time in our vehicles driving to and from work. But when cars sit stationary for too long, numerous issues can arise, says Matt Carpenter (Automotive Service Technician ’06), an automotives instructor in SAIT’s School of Transportation.

“Your vehicle’s fluids, tires and battery — sitting for a long time is hard on all those parts,” Carpenter says. Fluids and oils, including engine oil, transmission fluid and coolant, still degrade regardless of whether you drive or not, he says. Regular maintenance — think oil changes — remains important.

Other common issues for inactive cars include seals drying up and causing leaks, the battery losing its charge and needing to be replaced, and tires developing flat spots from sitting too long.
To thwart such happenings, Carpenter recommends driving your vehicle about once a week, even if it’s just for a short trip. “It is worthwhile to do those exercises just to keep things up to snuff,” he says. That’s exactly what he does with his own truck, which he uses for summer camping but keeps parked all winter.

And, Carpenter says, the same complications exist for rental cars and other fleet vehicles now at a standstill. But because there’s more of them, issues are quickly amplified. That’s why, Carpenter says, separate battery chargers have been wired into SAIT’s training fleet of about 60 vehicles — a proactive measure that ensures the car batteries will keep their charge until students are fully able to return to hands-on learning in the School’s automotive bays.

Even as work-from-home policies continue for many office employees, office towers haven’t remained completely empty. Teams of maintenance technicians are still performing routine upkeep and repairs, undertaking different tasks depending on how frequently a building’s systems — such as its water system — are being used. “In a facility that’s empty, they should be going to each corner of the building and then running all the taps for 20 minutes or so, probably two or three times a week — just to get that water moving,” says Fred Bretzke, a plumbing instructor in SAIT’s School of Construction.

That’s because water systems in most commercial buildings involve a recirculation line, tied to a pump in the building’s mechanical room. The system moves hot water to fixtures quickly, meaning you can turn on a washroom tap and get hot water right away.

But when that system isn’t operating under normal conditions — say, if a building is suddenly closed — the hot water can become warm water and sit stagnant, creating conditions that are ripe for legionella, the bacteria that causes Legionnaires’ disease.

Simply turning on the taps to flush the lines and keep the water moving every few days prevents bacteria from developing, Bretzke says.

As office towers, retail and public buildings continue to sit nearly vacant — and as we enter year two of the pandemic — it’s still business as usual for their heating, ventilation and air conditioning systems, known as HVAC. No matter how many people are in a building at any given time, this sophisticated equipment continues to control indoor temperature, humidity and air quality, maintaining a stable environment regardless of where the outdoor temperature sits. 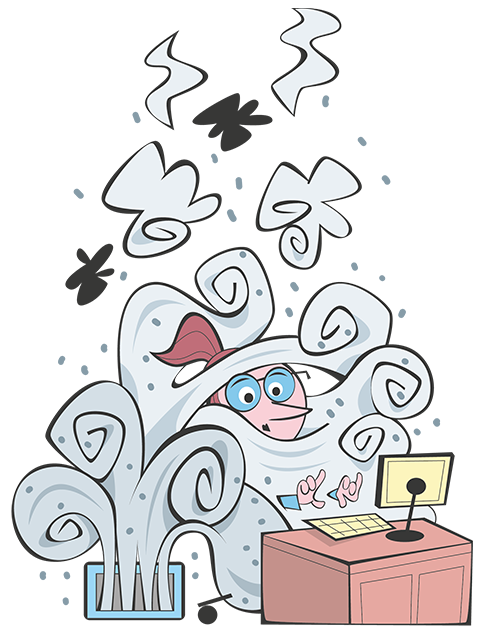 Typically, building owners have maintenance teams perform quarterly maintenance on HVAC equipment, checking vital parts such as belts and filters. This upkeep should continue even when a building is unoccupied, says Trent Brown (ARFP ’18), a Refrigeration and Air Conditioning Mechanic (RACM) instructor in SAIT’s School of Construction.

In fact, such maintenance can become even more important when there are fewer people on site to notice any system troubles. While larger buildings may have automated alarm systems to alert building owners to leaks, outages or other problems, smaller commercial buildings tend not to. Brown predicts there will be a bigger drive toward such automation in all commercial buildings post-pandemic.

Just as the maintenance schedule for HVAC systems shouldn’t change, neither should their daily operations. “Our equipment is running whether there’s people in the building or not,” Brown says. “Operators have the ability to set up the controls, whether it’s for human comfort at 20 or 21 degrees Celsius, or for standby at 16 to 17 degrees. In either case, the equipment still needs to run.” 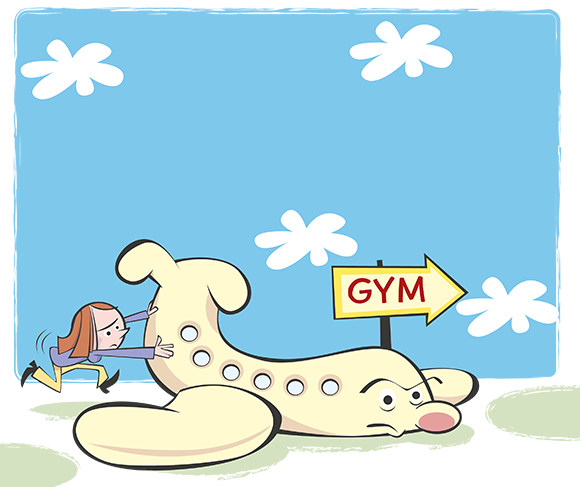 For an airplane, time spent just sitting around and not doing anything actually requires a lot of nurturing from mechanics and maintenance crews. “These machines like to fly and when they don’t, they get cranky,” says Stephanie Hogewoning (Avionics Technology ’06), Academic Chair of SAIT’s Aviation programs.

With travel restricted to only essential trips, airline fleets are grounded and many airplanes have been forced into long-term or short-term storage. Long-term storage requires a lot of space and a specific location — ideally a desert — plus a massive amount of work to return to the skies. It can take a few weeks of around-the-clock maintenance to get a plane out of long-term storage, Hogewoning says.

Drive by most airports these days and you’ll see many planes in short-term storage, parked on runways so they can be returned to service more quickly. But this option is a little more complicated than, say, parking a car. Every seven days, each parked airplane needs to be rotated out of storage and given what’s called a storage program check.

This involves running engines, ground function checks of all systems, updating avionics equipment, plus refilling any low fluids and performing service checks on those systems. Washing the aircraft may also be required to clean off any sediment that’s landed on the plane because it could cause corrosion. Hogewoning estimates it takes a rotational crew of four people 72 consecutive hours to take one airplane from short-term storage and make it ready to fly.

“Planes don’t like to sit — they like to work. And so if you let them sit for too long, they get confused as to why they haven’t been turned on and been doing things,” says Hogewoning. “They’re pretty high-maintenance machines.”

And, just like the rest of us, they’re eager to get back to their ordinary routines.

This story was originally written for the print version of the Spring 2021 issue of LINK — Raw, risky and full of joy.