It wasn’t a typical day at SAIT — at least, not for about 30 Mechani­cal Engineering Technology students. They weren’t expecting to be greeted by a Juno Award-winning country singer during their Product Devel­opment class, but there he was: big black cowboy hat, jean jacket and all — Paul Brandt.

Brandt was there to launch a project involving his vintage 1973 Airstream trailer. His challenge to students: help redesign and restore this silver rocket on wheels.

“I call it the Albertabound trailer,” Brandt says. “My family lives on a ranch with a house that’s more than 100 years old. I asked the students to take that slice of our province’s history and in­corporate it into the trailer.” 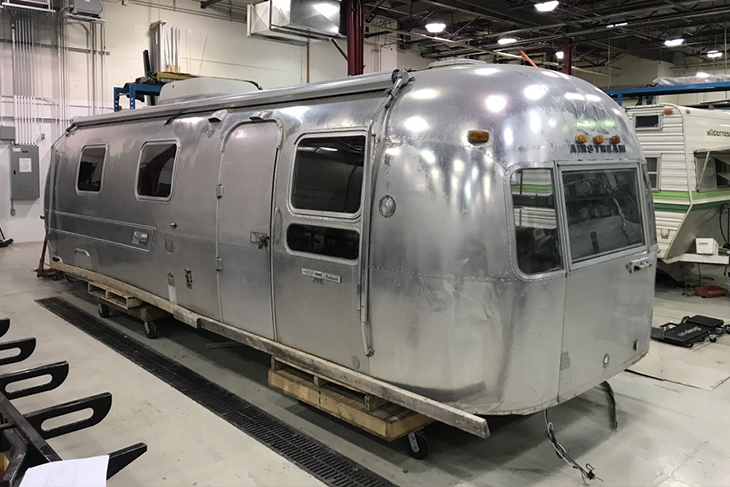 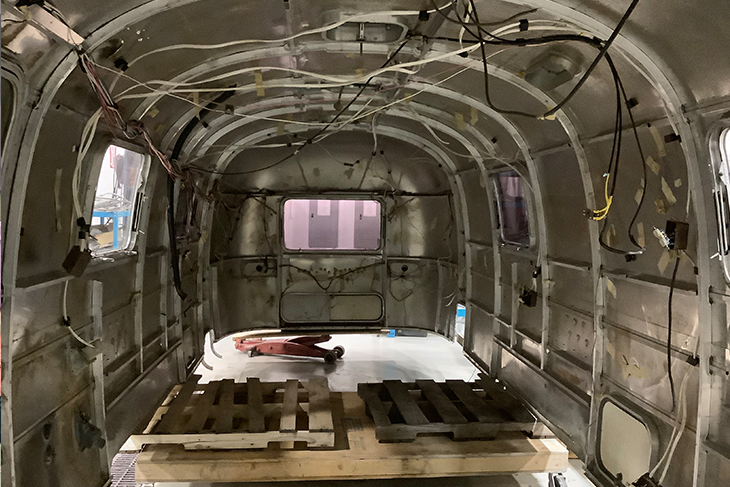 At first, students peppered Brandt with logistical questions: What’s your budget? What’s the timeline? What materials should we use? But the musician took them down a more creative road.

“Paul wanted us to take it to the next level,” remembers Muneer Allawi, a student who graduated in June. “He told us, ‘Don’t just design a trailer. Think about the prairie and the sky and Alberta’s history."

“He told us not to worry about limita­tions, and our instructors agreed,” adds Emerson Estorninos (MET ’20). “They told us to ‘blue sky’ lots of ideas even if they sounded weird because that can spark better ideas. It really changed our whole approach and we didn’t hold back.”

Mechanical Engineering instruc­tor Greg Ball describes the project as “a big lesson in creativity for this class and, most importantly, in how to translate big ideas into a real-world technical process that can be built and used in industry.”

The class generated plenty of radical ideas such as a fold-out concert stage and a compartment for Brandt’s favourite mo­torcycle — even adding a second storey.

One group used 3D printing to make a scale model; another created a virtual reality trailer and invited Brandt to put on VR goggles to step inside their creation.

“VR is being used more and more to present concepts to clients,” says Daniel Swinamer (MET ’20), who spearheaded that approach. “I decided to try it in class because I know it’s the sort of thing being used in industry.”

Brandt and Robin Bunker, an instructor in SAIT’s Recreational Vehicle Service Technician Apprenticeship program, have reviewed the students’ big ideas. Now that the musician has selected his favourites, RV apprentices will bring their creativity to working on the Airstream’s makeover.

“As a Calgarian, it makes me proud to see the trailer come alive with the help of these students,” Brandt says.

A glimpse inside the classroom

View some of the behind-the-scenes photos taken during the student groups' presentations. 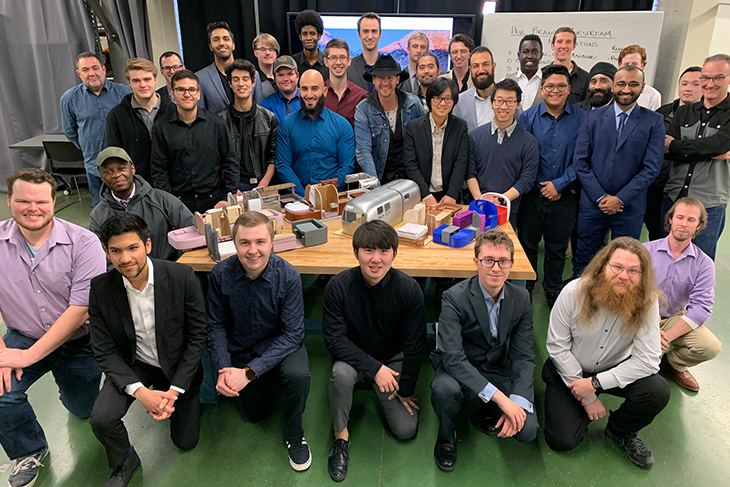 Paul Brandt and the entire class of Mechanical Engineering Technology students and instructor. 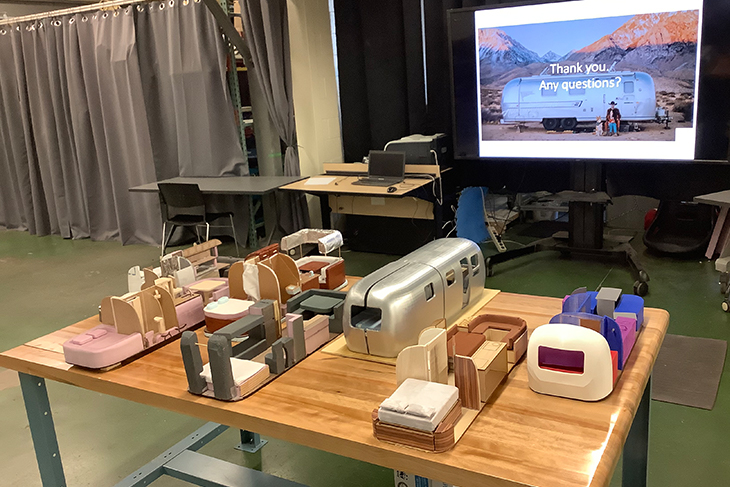 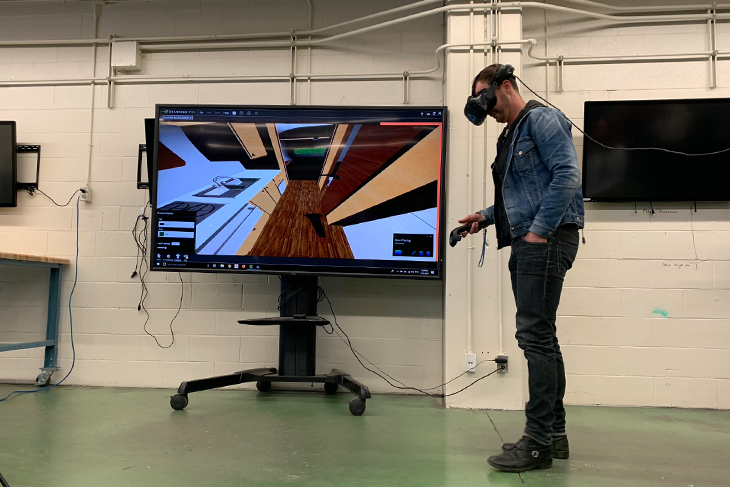 Paul Brandt wearing VR goggles to view one of the student groups' presentation.

Student presenting project to an instructor and Paul Brandt. 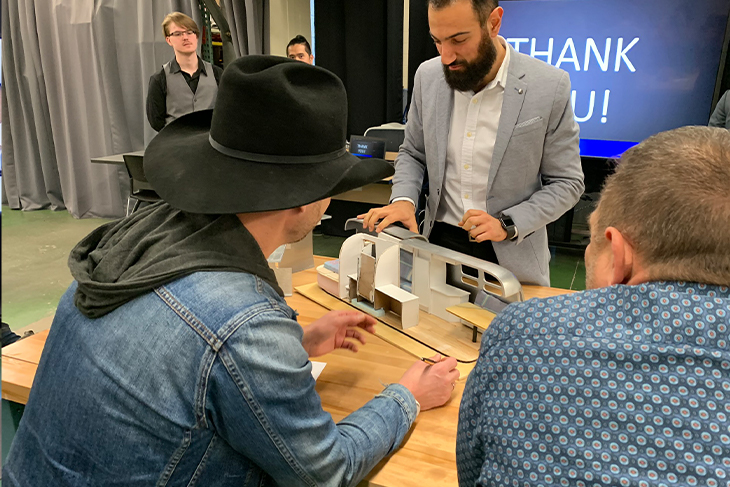 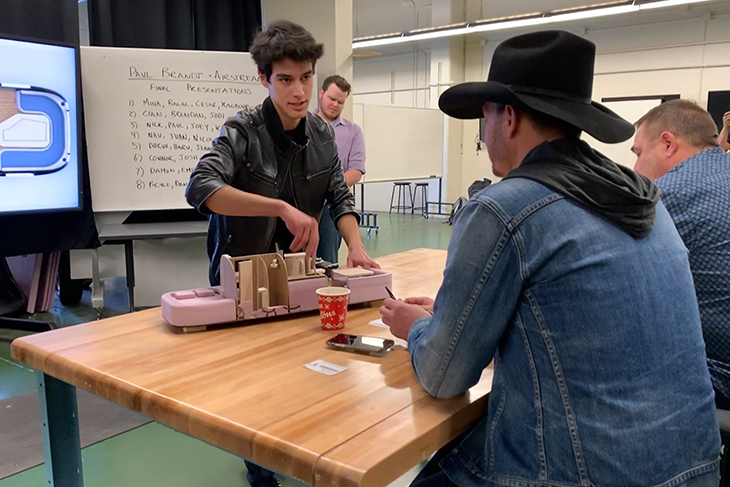 Paul Brandt and the instructor getting the details of the group's presentation. 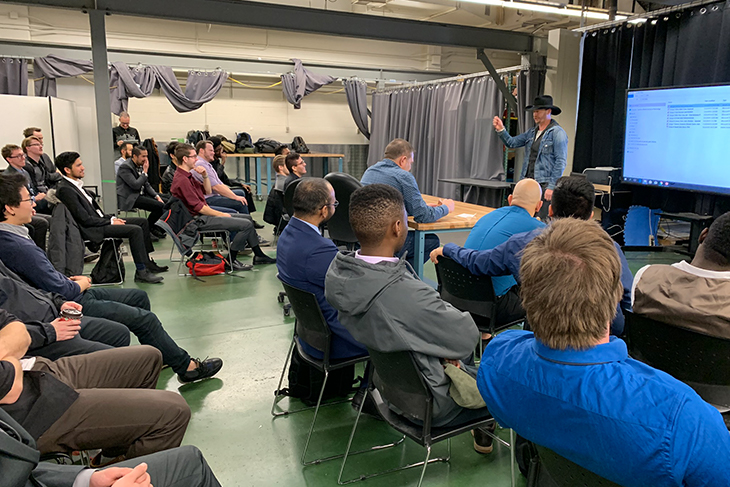 Paul Brandt talking to the class following their presentations.