On the job: Building Calgary's urban community from the ground up

It all started with a dream. For Beni Johnson, that dream was to find a sense of belonging.

Born in Ghana, Johnson moved to Fort McMurray, AB, with his family when he was one year old. One of only a handful of black kids in his school, he struggled to find himself reflected in a city vacant of urban culture. His search for identity and community brought him to Calgary as a young adult. But Johnson quickly discovered it didn’t have what was looking for — so he decided to build it.

After graduating from SAIT’s New Media Production and Design program in 2008, an opportunity to redesign the Afrikadey! Festival’s website connected Johnson to others looking to amplify black culture in Calgary. Together they formed Collectively Eclectic and were responsible for Calgary's Obama Inauguration Party as well as three Black History Month events showcasing African diaspora culture — everything from music and art to dance and fashion — at a time Canadians had little understanding of it.

That experience planted a seed that eventually led Johnson to create 10 at 10, a monthly event promoting urban art forms. Eight years later, 10 at 10 has evolved into 10 at 10 Music and Culture, a company that produces, promotes and markets hip-hop events, and works to develop urban artists through its programming.

Not surprisingly, Johnson’s influence hasn’t gone unnoticed. He was named to Avenue magazine’s 2015 Top 40 under 40 and, as the spokesperson for ATB’s 2016 Amplify campaign, he wrote and performed the Amplify anthem. He was a judge for the 2016 JUNO Awards and he currently sits on the board for Music Calgary. As if that’s not enough, Johnson also performed with his rap group Humble Giants at SXSW in 2016 and he runs his own graphic and web design firm, Beni Johnson Arts + Media.

Johnson sat down with LINK writer Ashley Naud to talk about the pursuit of his dream.

As a kid living in Fort McMurray, did you find it challenging to find a connection to black culture and identity?

BJ: At the time, the population was only 30,000 people, right. So when you're talking about going to school, going to junior high, and going to high school, there were only one or two black kids, including me. So my whole thing was always feeling that I didn't belong. But I felt like I would belong in a place of more opportunity — an urban metropolis, that kind of stuff.

And when everybody was saying I should go work in the trades, I was like, ‘I'm gonna go work in the arts.’ My biggest thing was always, ‘How do I pursue a life of importance?’ But I didn’t necessarily know what that was or could be while I was in school. So my general interests drove me.

As an artist, I started rapping in my teens. And, to date it back, I taught myself how to code when the internet was still getting fresh, and I taught myself [how to do] some graphic design work, like building websites and stuff … And then, before you know it, I was recording my own music.

There are cities like Toronto and Vancouver that already have a pretty vibrant urban culture. Why Calgary?

BJ: Growing up, there was no kind of thing that would have given me a grasp of what ‘a scene’ would be. All I saw was what was on MuchMusic, and I thought it would be really cool to at least have situations or areas where I could meet a bunch of other rappers, instead of me being one of only a handful. So when I moved to Calgary, it was more, ‘so let's see what's going on here.’ I took that thirst, you know — what I thought the international sense of hip hop was — and I tried to analyze what was happening here. And then, over time, I realized not much was happening!

When we first started with 10 at 10, my analogy was I wanted to build a garden. And first things first with a garden, you need to make sure the soil is fertile. Then you want plants to be able to grow. And as things are growing, you’re creating an ecosystem, where tall things have more opportunity to be seen and flourish ― a DJ now has more gigs, a rap artist has more opportunity to perform; same with the dancers and same with managers and distribution agents ― all manners of the industry can actually exist. But we're right now literally still cultivating the soil.

10 at 10 is at a point now where it is recognized by some people … But we’re looking to be one of the launch pads in Canada. So that when you think of the Canadian hip-hop scene, you say Toronto, you say Vancouver and you say Calgary. But you can't build an ecosystem overnight. 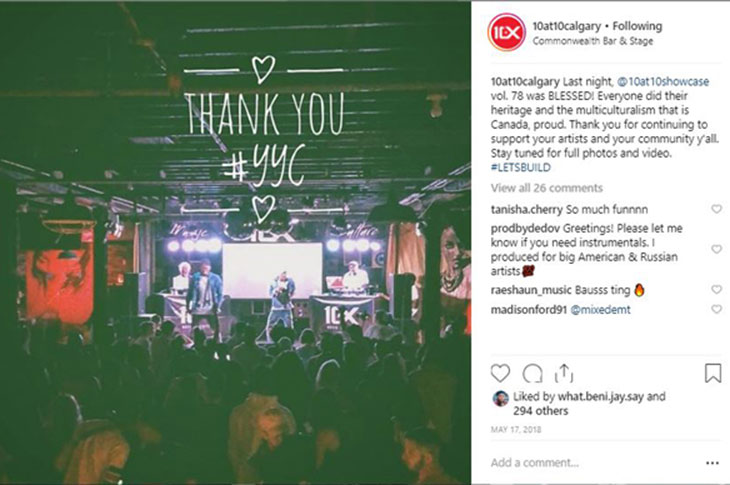 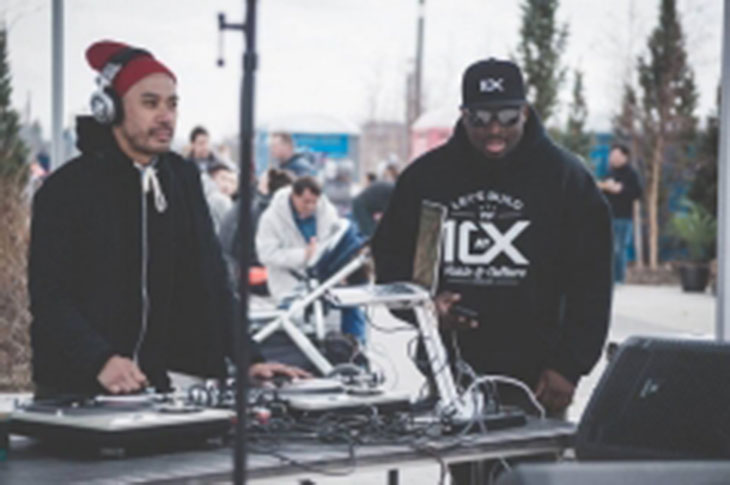 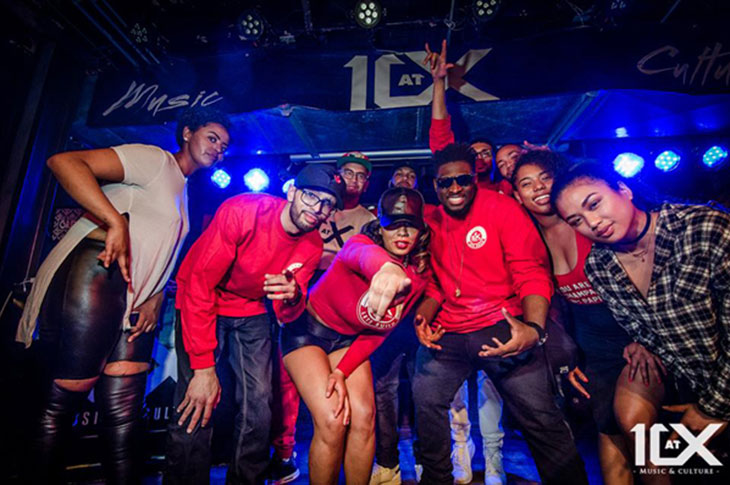 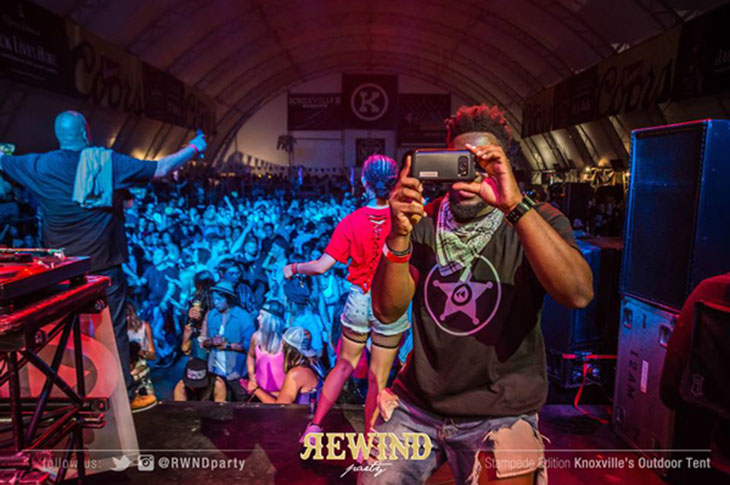 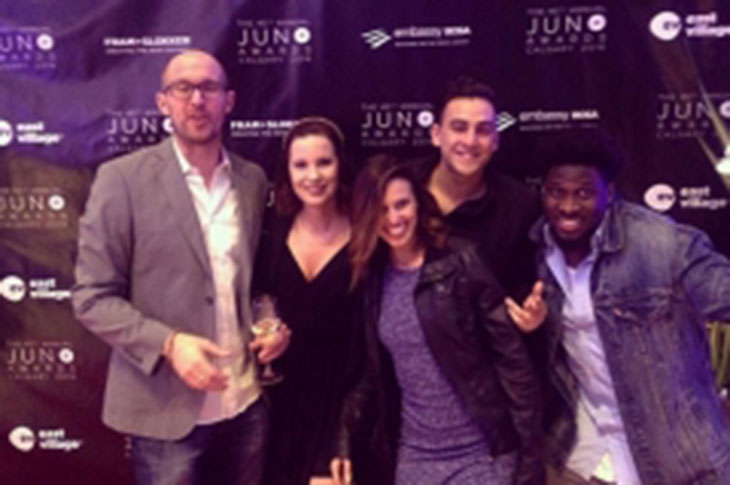 How did your time at SAIT impact where you are now?

BJ: What I learned at SAIT directly affects how I'm injected into projects, because I come in as a valuable asset on the marketing, graphic design and digital design side. So now I'm an integral part of how those things are being presented. But the fact is I'm actually an artist myself. What's being activated is not only my artistry but also my eye for artistry, right. So then that artistry aids me in talent booking, event production and talent curation — I can say, ‘I think this would actually blend really well with that.’

Not growing up in a city where there were tons of events or cultural things going on, there was no way I could have been introduced to what I’ve been doing any other way except for the fact that I learned how to design and the opportunities that came from that.

Do you feel like you've created a space where you belong?

BJ: Absolutely. 10 at 10 is a legitimate space if you want to be an artist and you want to increase your visibility and improve as an artist — it's 100% that space already.

So we're not even talking like the big level of things. But when Lulu Lemon or Red Bull Canada reaches out to us, when these things are happening and we're just a little ‘ol thing here in Calgary, you know it's a good thing. It’s good look at it and realize we're making an impact and we're not even hitting our full stride yet.

This interview has been edited for clarity and length.