On the job: Cooking for political leaders, business moguls and celebrities

On a spectacular day in January 2016, Rosalyn Ediger (PCK '05) found herself in a fancy room in an exclusive ski resort in Davos, Switzerland, looking on in satisfaction as her celebrity guests — including rock star Bono and English business mogul and philanthropist Richard Branson, to name a few — enjoyed the culinary feast she and a team of Swiss chefs had created for a World Economic Forum reception hosted by Prime Minister Justin Trudeau.

Fast-forward to a vastly different view as Ediger stands at the front of a SAIT classroom full of students. Today, Ediger is a 33-year-old Professional Cooking instructor — and the classroom, she says, is exactly where she wants to be. It's a homecoming of sorts.

The 2014 Outstanding Young Alumna pursued a teaching position at SAIT after participating in the Institute's 2017 Alumni Speaker Series, where Ediger and other Alumni Award recipients imparted their knowledge to aspiring students. Ediger recalls feeling a buzz of renewed inspiration after the experience.

With a resumé that touts an internship in Gordon Ramsay's restaurant, four years as Chef de Cuisine for the Embassy of Canada's official residence in China and guest-starring in multiple national Chinese cooking shows, it's perhaps no surprise she got the job. 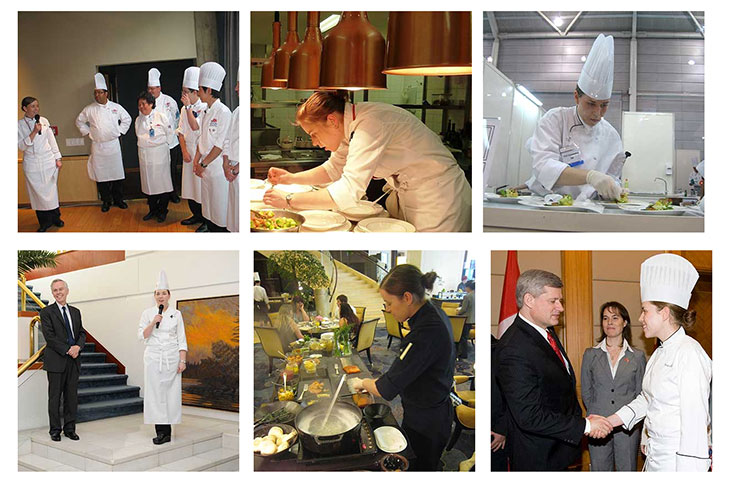 When did you know you wanted to be a chef?

RE: My mom died when I was five — I was very young — and so my two sisters and I were raised by my dad. He made the decision to take a big trip once a year as a ‘family bonding' kind of thing. I didn't know that was the goal until years later. I just thought it was fun.

So I grew up cooking, going out to eat, travelling and learning about local cultures and cuisine. We'd go to markets and find out about the local cuisine by talking to people. I discovered food is a way to bring people together, and all of those experiences cultivated my passion. I knew I wanted to be a chef from a young age.

What was it like to be an intern in Gordon Ramsay's kitchen?

RE: It was actually my head chef while I was working at The Glencoe Club who set the whole thing up. He knew it was going to be good for me and thought I had to go. I had done a few competitions internationally, but being in the European culinary scene and knowing the reputation Gordon Ramsay has internationally, I remember thinking, ‘OK, I'm starting in the big leagues now.'

I was there for two months and worked around different stations. The working environment is a very odd balance of being a teammate and working very hard collectively, yet, being so competitive. People will sabotage you because they want to be the next Ramsay.

Despite those things, it was a very good experience and at the end of it they offered me a job. But I didn't take it. As good as it was, I had a feeling that if I were to stay, I'd regret it. I wanted to leave on a good note. 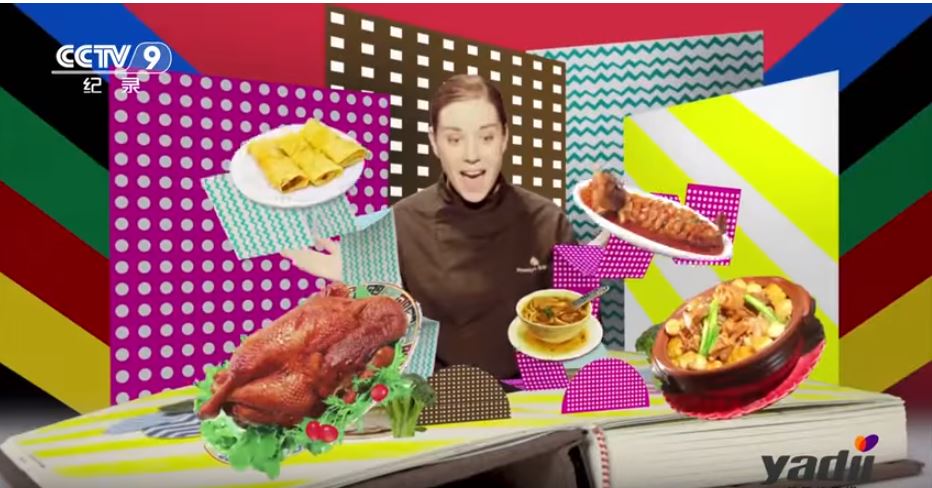 Why did you pursue a culinary career in Asia?

RE: There are so many reasons. My father grew up in Japan, so I grew up with a bit of Japanese culture and we travelled to Japan when I was younger. After I graduated from SAIT, my first international competition was in Singapore and, the year after that, I was the Assistant Team Manager for SAIT's World Skills team in Hong Kong. And I had spent some time travelling around Southeast Asia and South China. Asia is a huge place and each country is so different, but I loved it all. When I was thinking about moving to Asia, I wasn't thinking China specifically until a job opened there in the Canadian Embassy. It was really up my alley in what I wanted to do, it aligned with my skills and experience, and it really worked out for me.

As the Embassy's Chef de Cuisine, I worked very closely with David Mulroney, who was the Canadian Ambassador to China. It was so wonderful — I have so many good memories. We worked on what we called culinary diplomacy. Basically, David equated food, cooking and everything we do in the service industry with the overall goals of the Embassy. We planned events and meals to send messages about Canada and to show what Canadians are all about.

After four years, my boss retired and the next day, I started working at the Four Seasons, a Canadian company. I was hired as Chef Garde Manger for a new hotel in Beijing, where I was responsible for the cold kitchen. Preparing for the opening of a five-star hotel in China is madness. It was a really good experience, but a huge learning curve for me. I ended up staying there for two years and in that time was promoted to Chef de Cuisine for one of the restaurants in the hotel.

How did you end up on a Chinese hospitality and tourism TV show?

RE: The show I was on is called 一城一味 or  Taste the City. In terms of Chinese production quality, the country had never seen anything like it before.

Before any filming, I had to do an interview, which was two hours long and all in Mandarin (laughs). They wanted to get to know me and see if they could put me on TV. I ended up getting the slot, which included seven straight days of filming — I had three cameras on me the entire time. They took me to a city on the coast called Tianjin and wanted me to learn about the local food scene there. I was hosted by a famous chef from Tianjin and he showed me around to different restaurants and markets. It was a huge hit, and afterwards, I would get recognized and stopped by people asking to take photos with me. That was a weird time.

Of all the recipes you've created, which is your all-time favourite?

Making dumplings in China is a very big deal. Families make them together every year at Spring Festival and they're always homemade. There was a group of us Canadians that decided to throw a Spring Festival party and somebody wanted poutine.

So the recipe was kind of like a soup dumpling, which is normally filled with cold, gelatinous stock. Except I filled them with fried potatoes, diced cheese curds and a gravy. After you boil the dumplings, they melt like a soup dumpling. It was a hit and I ended up doing it again a few times because people loved it.