Keith MacPhail recognized as a member of the Order of Canada 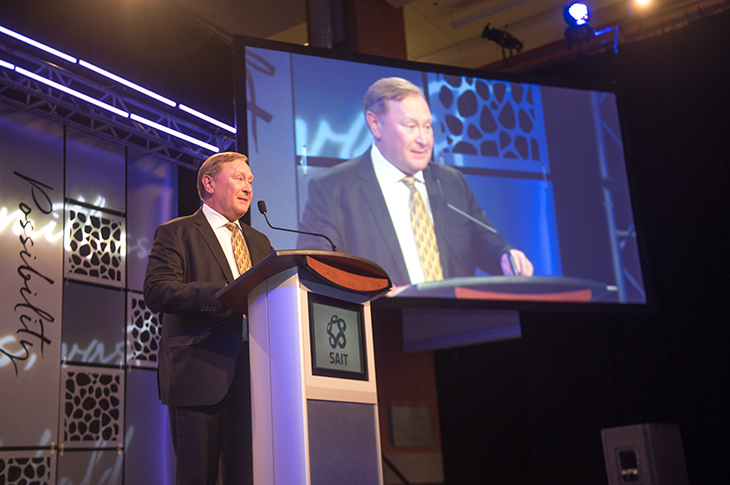 Keith MacPhail, a SAIT Distinguished Alumnus and honorary degree recipient, has been appointed to the Order of Canada, one of our nation’s highest honours. The energy industry leader has been recognized as a Member of the Order of Canada for his achievements as a leader in business, philanthropy and sport.

"I’m very honoured and humbled to be receiving the Order of Canada," says MacPhail. "The award is an incredible recognition of a lifetime of business success and philanthropic endeavours. I am appreciative of the support from my family and friends who helped with this achievement."

MacPhail says he is most proud of his $10 million gift to SAIT, saying he’s gratified that his contribution has impacted so many young people and will continue to contribute to student success long into the future.

A graduate of the Petroleum Technology certificate program, MacPhail has been a longtime champion of SAIT. His financial support and volunteer role as chair of the Promising Futures campaign helped build the largest expansion in SAIT’s history, the Trades and Technology Complex. The MacPhail School of Energy was named as a tribute to his many contributions to SAIT. It’s the first academic school to be named for a donor and SAIT alumnus.

He also helped establish the Forzani and MacPhail Colon Cancer Screening Clinic and the Markin MacPhail Centre at Canada Olympic Park. MacPhail has been named to the Alberta Business Hall of Fame and the Petroleum Industry Hall of Fame.

MacPhail was appointed to the Order along with three other Calgarians: Elizabeth Cannon, the former president of the University of Calgary who also received an honorary degree from SAIT; puppeteer Ronnie Burkett; and Eldon Godfrey, who has dedicated himself to the sport of diving as a coach and trainer.