Building a legacy for generations of alumni 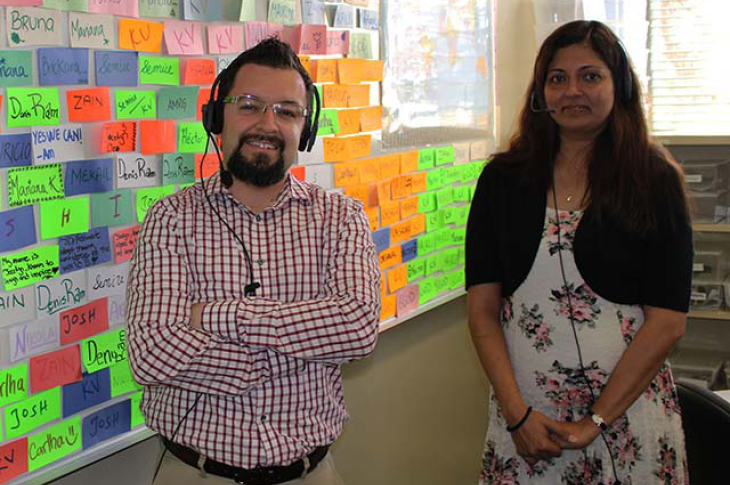 Brick by brick, more than 280 alumni are making their mark on campus — just in time for SAIT's 100th birthday.

By donating to the SAIT Opportunities Fund, they will each have their names engraved on bricks in a donor wall in front of Heritage Hall. 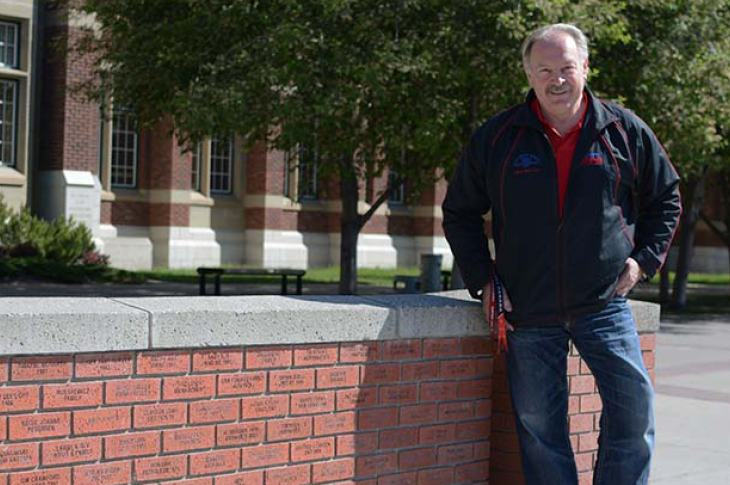 The idea for the wall came from Jim Fehr, a SAIT alumnus who has worked at SAIT for 35 years; first in maintenance and for the past 13 years as a sheet metal instructor. He was inspired by the fundraising campaign for the 1988 Calgary Winter Olympics that encouraged donors to buy a personalized brick in Olympic Plaza. He brought this idea to the SAIT Alumni Board of Directors and the first bricks were sold in 1991.

"I thought it would be a great fundraising idea for us," Fehr says. "When I finally saw SAIT's brick wall come up, that was something. I had to take a picture of my dad's brick to show it to him."

Fehr's relationship with SAIT has always been a family affair. His father and one of his sons are also sheet metal mechanic graduates, and another of his sons will complete his electrician apprenticeship in December. Fehr points with pride to the bricks his father has already purchased.

"In years to come, when my dad passes away, my grandchildren can find his brick and say, 'There's my great-grandpa,'" Fehr says.

The SAIT Opportunities Fund helps students by supporting programs and projects not covered by tuition or government — and fundraising for it is being led by students working with SAIT's Student Calling Program.

Hector Flores started as a student caller in September 2015, and he has been impressed with alumni support. "A donation of $100 or more to the Fund makes you eligible for an engraved brick in honour of SAIT's centennial, so it makes something intangible, tangible. It's been very successful," Flores says.

Since February 2016, 288 bricks have been pledged, and the number continues to rise.

"Centennial is about heritage and keeping a legacy," Flores says. "Alumni who make a pledge and receive these bricks are receiving a piece of history, as well as contributing to SAIT's programs.

"Many of them say, 'I just want to help — I don't care if I have my name on a brick,' but it's nice to be acknowledged for doing something good and significant."

SAIT's centennial is garnering a lot of excitement among students, faculty and alumni. As a former student, a SAIT graduate and long-time SAIT instructor, Jim Fehr sees the celebration as recognition of what makes the Institute so unique.

It's not the first time Fehr has been instrumental in marking a SAIT milestone. In 1991, he built and prepared a time capsule for the SAIT Alumni Association to mark SAIT's 75th anniversary. Located in front of the 4 Nines Dining Centre, it will be opened as part of centennial celebrations on Oct. 16, 2016.

More than anything, Fehr sees the brick wall as evidence of how he's been able to make a difference.

Alumni can make a donation towards a brick by contacting Miranda Diakiw by email at miranda.diakiw@sait.ca or by phone at 403.774.5214. Donors can also make a pledge online. To have your brick engraved in time for SAIT's centennial celebrations, your donation must be made before May 31, 2016.